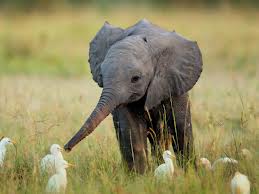 The Navy Yard in DC came under fire this morning. Developing.

9/11 Anniversary commentary of note: Tom Junod on the sanitization of disaster footage. Dan Nexon’s original thoughts on this are always worth a re-read. Reframing the anniversary by conservatives (Benghazi) and human rights activists (Santiago).

So President Assad pledged to accede to the Chemical Weapons Convention. Yochi Dreazon on why this is no magic bullet. Kevin Jon Heller says Syria is the winner here. Assad seems to agree.

Romeo Dallaire, former Head of the UN Mission to Rwanda who witnessed the slaughter and begged the powers that be to send troops to stop a genocide, writes that only ground troops can protect civilians in situations like Syria. Frank Bruni asks us to think about what “boots on the ground” really means. Anu Kumar asks us to think about the conflict from the standpoint of women.

Vladimir Putin’s love letter to the Americans  made James Kirchick  and others quite uncomfortable.

Last week former Nuremburg judge Benjamin Ferencz argued on NPR that Assad should be tried for crimes against humanity. At Justice in Conflict, Mark Kersten is following International Criminal Court politics re. Syria and Birju Kotecha  writes about what it means to have faith in the court as a governance tool.

In Iranian Kurdistan, men are dressing in drag for women’s rights, or co-opting feminism for ethno-nationalist purposes, or maybe both.

The Chief Marshal of the Royal Air Force stated in a media interview that a  “Terminator-2 type world is undoubtedly coming.”