So you want to move to the United Kingdom… 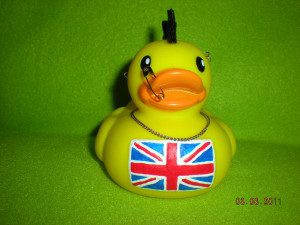 Its 2013, the U.S. government was recently shut down for almost two weeks. The National Science Foundation will only fund grants if you can help the U.S. build operational transformers or drones that can make targeted killing choices.  The movement to replace full time faculty with part time adjuncts has sapped the open jobs on the market leading to the common Facebook refrain – “worst job market ever.”  Political theory is openly despised in most departments.  Without significant skills in R, there is little hope to make an impact in quantitative research.  Welcome to the Political Science Thunderdome, two candidates enter and one leaves.  There are no rules, only anarchy (and not the Realist type).  Now may be the time to look into other options and opportunities.

When I was in graduate school I dreamed of moving to the United Kingdom.  I thought it would be an important part of my intellectual development, besides; I could watch football all the time and drink warm beer.  It sounded exciting, and adventurous.   Events changed things, back then the exchange rate was not very advantageous for American scholars looking to move.  The American academic job market had a short period of boom in the mid 2000s, so I settled into the typical American academic career path.

In hindsight I am glad I did.  The experience I gained was invaluable.  Teaching at an elite research school (Vanderbilt), a Liberal arts school (Whittier College), a directional Masters level institution (Texas State University), and finally, a large state research institution (University of Illinois at Chicago) gave me a vast amount of experience dealing with every sort of student and administration.  I have seen the worst and the best.  I have been bloodied and came out the better for it (…maybe).

All this really made me prepared for the eventual move to the United Kingdom and Scotland.  When the chance arose in 2012, I took the plunge.  I firmly believe I would not have been prepared for the move if it had come before now.  For one scholarship is a bit different here.  There is a healthy respect for quantitative work, but that also comes with a heavy dose of skepticism.  The normative perspective is much more important in IR in the UK than it is in the US.  Without loads of experience, I don’t think I would have been able to deal with normative issues in quite the same way I can now.

There are many pluses for those thinking of moving to the UK.  At the elite schools (mostly the Russell Group), there is a much lighter teaching load, usually 2-1 with very short semesters with the expectation that you contribute as a team to a larger survey course (I do seven lectures in Intro to IR).  The downside is there are heavy service requirements.  In fact, service basically counts for fifty percent of your workload.

An advantage of the UK is that the research expectations are very clear.  There is the Research Excellence Framework (REF) here that dominates all academic discussions just as the Redskins and housing dominates DC conversations.  The REF evaluates four publications within a five year period and scores them according to their value (there are other parts to it too, like department environment and impact of scholarship).  Rankings and funding are dependent on the top schools remaining high on research scales.  It truly is a meritocracy that the US lacks at this point.  It also serves as post-tenure review for some, pushing those to keep producing as long as they want to remain active.  In relation to this there are more grants available in the UK and Europe.  They value research in the UK and don’t question the benefits of scholarship, as the US Congress apparently does.

The greatest advantage is likely (besides the Whisky) the students.  Those that make it to the Honours level are truly top notch.  Not many make it that far, but those that reach the level of intensive seminars at the Undergraduate level are vastly more prepared than the average U.S. student.  Students here have really kept me on my toes and made me rethink many of my pedagogical methods.

There are a few negatives that people should be aware of.  The first is that home is far away.  Flights are long and tedious.  The excitement of going to Europe every few years from the US is nothing like the dread that comes with a commute to the States for things that were once easy, like weddings and other events.

There is also an expectation of greater feedback for grading.  In the US, by the time I left, students rarely ever even asked for feedback.  It is expected and required in the UK.  Most assignments are accompanied by a half page of written comments by the Lecturer.  We also have second marking where all assignments are given a look over by both another instructor in the department and an external evaluator.  While this does keep standards up and reduces bias, it also means that independence is sacrificed.

In terms of culture shock, that is not really an issue.  It can be, but most of the things you are used to in the States are also in the UK.  (Except for a good hamburger, not sure what they do to the meat here but it is just not the same.)  The burden is perhaps a bit more heavy for someone like me, a Latino.  There are no tacos in sight and no one really understands my experience, but the same can be said of most of the South.  Beyond that, the transition has been very smooth.  I feel respected and valued here.  I don’t know if I will stay here for the rest of my career, but I would not be disappointed if I did.

If you are interested in taking the plunge, give it a shot.  Take a look at jobs.ac.uk.  Prepare your CV accordingly, you must highlight your top publications and what publications you expect that score highly on the next REF.  You must have teaching experience because you will be thrown into the gauntlet quickly.  Start to build relationships with those in the UK.  Be ready for the odd interview process where everyone meets in a room and they all go through presentations one at a time, back to back, to back.

I cannot be happier with where my career has taken me.  I have been all over the US and now get to explore Europe.  I never expected that this would actually happen, but it has.  Here is the view from my office every day… 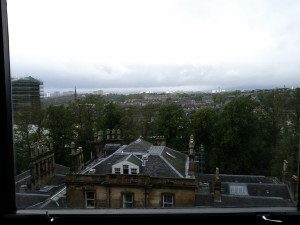