Announcing the 2014 Blogging Awards and Reception at ISA 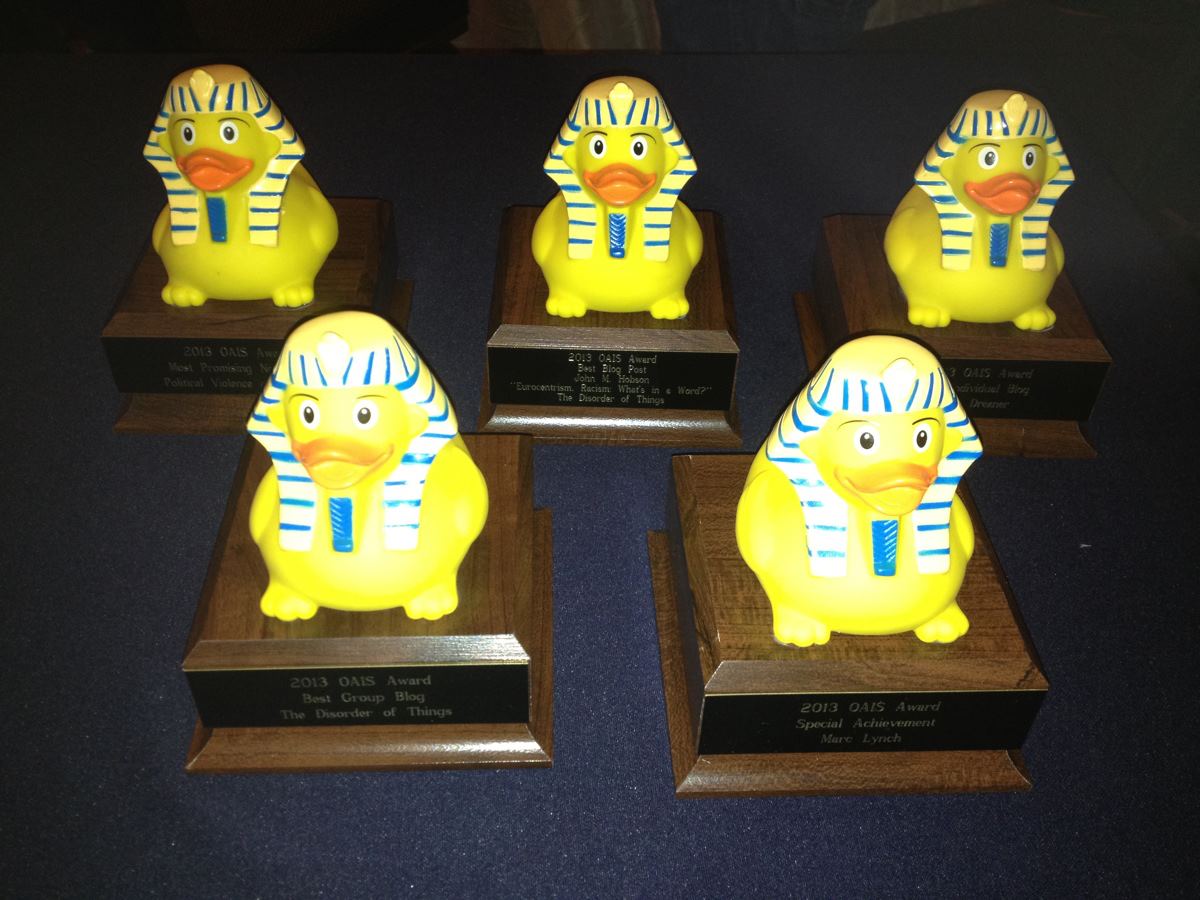 We are asking Duck readers to submit nominations for the awards and later to vote for the three finalists in each category. Last year’s winners have generously agreed to judge the finalists and select the 2014 winners.

Once again, we are thrilled that with the support of SAGE and the efforts of SAGE editor David Mainwaring and the Sage staff, we will be hosting an IR Blogging Reception at the 2014 International Studies Association Annual Convention in Toronto.   The reception is scheduled for the night of Thursday, March 27, 2014.   Charli is again coordinating the program for the Awards ceremony and we’ll have details on the program soon.

At this point, we need Duck readers to submit nominations — we’ll ask you all to vote on the finalists in January. Here are the rules and nomination and judging procedures for the 2014 awards:

Recipients must agree to serve as judges for the 2015 OAIS awards.

The following process applies to the 2014 prizes.

Each award comes with the right to display an award badge on recipient(s) website(s) and an engraved Duckies Award trophy (pictured above).