Well, I hope you survived the crush of end of term and then the crush of family and holiday stuff, if you are in to that kind of thing. In the meantime, if you stepped away from the media, what did you miss? Well, South Sudan is on the brink while the Central African Republic may be stepping back from it. Syria remains an awful mess, with winter being a desperate time for IDPs and refugees. There are some unexplained dolphin deaths and more difficult conservation news so time to re-double our efforts at understanding and problem-solving of all sorts in the new year. Here are some stories to get you thinking…

Mr. Kiir must release all political prisoners from the S.P.L.M. He also should put in place an interim government until elections can be held. Mr. Machar, for his part, must cease all offensive military operations and withdraw his troops from the oil fields. If he refuses, the United Nations should impose sanctions….A decade ago, Mr. Bashir argued that the South should not be granted independence because the Southerners could not govern themselves and would lapse into ethnic conflict. They must not prove him right.

For a period, it looked as though the world was preparing to sit idly by yet again as another mass atrocity was perpetrated on the continent of Africa. Two days later, it was like a switch had been thrown. The president of the United States asked for the people of the CAR for calm, speaking to them directly through the Internet and radio. The president shook $100 million loose from the federal budget, to purchase much-needed supplies to the African peacekeepers struggling to stem the killing and airlift in reinforcements. 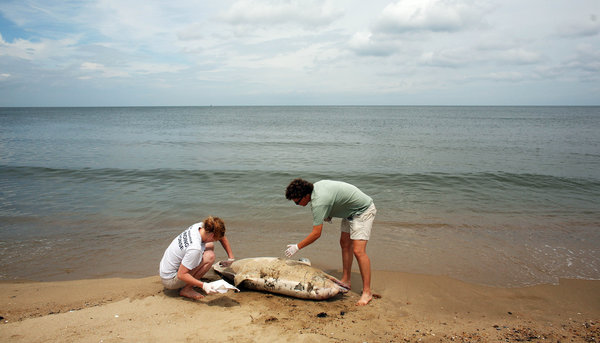 In conservation news, mysterious ailments are killing large numbers of dolphins, another reminder to me of an earth in trouble. The Times reports: