[Note: A more detailed version of this post appeared at my personal blog.] 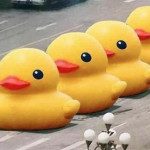 much discussion over whether we were seeing  “a Twitter revolution.” But the mere fact that protests occurred at the same time as an increase in calls for regime change on social media does not establish that the latter in any way fueled the former. The same factors that lead people to take to the streets might drive behavior online. Absent a credible identification mechanism, there’s no way to settle this matter empirically. But one question we might reasonably ask is whether we can at least identify a clear mechanism by which they might do so.

At this point, you’re probably saying to yourself, “Um, yeah. Obviously.” Because you’re probably thinking that social media can help people learn that they’re not alone. That Twitter can help break the fear wall. But there are problems with that argument, as Andrew Little discusses in a fascinating new paper, “Communication Technology and Protest.”

Little argues that two related but distinct coordination problems must be solved. Most obviously, people must choose to coordinate on action as opposed to inaction. But it is no less important that they coordinate on tactics—showing up at the same place, at the same time, issuing the same demands, collectively refraining from violence (or not!)—at least if they are to succeed at anything more than generating a few headlines. Neither of these problems is insurmountable, but neither are they trivial. The average person faces uncertainty both over whether others are willing to protest and how they’d do it if they did. The information that spreads rapidly across social media can address both sources of uncertainty, but the effects are less straightforward than you might think.

Simply put, giving people access to better information about how everyone else feels about the regime can either lead them to take to the streets or stay home, because such information can either reveal that anti-regime sentiment is more widely spread than people realized or that it is less so. You probably didn’t consider the second possibility, because the many cases where this has happened are non-events. That is, you may not recall the infamous non-protests in Norway in 2011. Or, less flippantly, those in Saudi Arabia. But this is a real concern, and it exemplifies a more general point—new information can either induce caution in previously optimistic actors or risk-taking in previously pessimistic ones. So while there may indeed be specific cases where social media helped people coordinate on action, we must remain mindful that the very ease with which information about opposition to the regime would spread in the era of social media ensures that the absence thereof can quash would-be rebellions before they even begin.

On the other hand, social media’s ability to facilitate coordination on tactics unambiguously promotes greater protest activity. It is perhaps therefore unsurprising that China’s government doesn’t bother censoring criticism of the regime, but does its best to keep people from overcoming the second coordination problem.

So what is the net effect of social media on protest? Little argues, rather persuasively, that when it comes to the first coordination problem, the causal effect of the technology itself is ambiguous but anti-regime content tends to promote protests. However, he rightly notes that empirical estimates of this effect will be biased upwards, particularly those that focus on specific cases where we already know that protests occurred. The confounding problem alluded to above—that protests and tweets may both be caused by anti-regime sentiment—is a serious one. There may well be a truly causal effect here, but we’ve probably got an inflated sense of its importance. And so the West might want to reconsider the wisdom of policies such as this one.