WHO is responsible for the failure on Ebola?

Nathan Paxton has a provocative post on The Monkey Cage where he suggests, among other things that the World Health Organization (WHO) is not to blame for the Ebola crisis. Rather, he lays the blame squarely on donor countries.

He rightly notes that the WHO’s budget and staff was cut after the financial crisis, but I think he lets WHO off too lightly. With many ideas circulating about the future of the WHO in advance of the upcoming WHO Executive Board meeting beginning January 26th, understanding the various factors that contributed to the failed response to Ebola is all the more critical.

WHO only controls about 20 percent of its overall budget (the remaining 80 percent is tied aid from countries, companies, and philanthropies, which can be used only for particular purposes). The WHO budget has seen sharp cuts during the global recession. It’s been cut by 12 percent in the last two years alone. Member states resist increases in their assessed dues.

All of those observations are true, and I agree that much of the WHO’s failure is attributable to recent cuts in funding.Indeed, in a special section of PS on Ebola out this week, Karen Grépin and I argue as much. However, I think we also have to look into internal problems within the organization as well. Karen and I suggested that we look to structural features of the organization’s relationship with its regional subsidiaries and organizational pathologies as well as donor cuts.

A damning internal report leaked to the AP in October suggested that the WHO at all levels failed to see “fairly plain writing on the wall” and that the Geneva office lacked control over its regional subsidiary AFRO where leadership came about through  “politically motivated appointments.”

Jeremy Youde in his contribution to the PS special section draws similar conclusions:

The WHO waited until August to declare Ebola a global health emergency of international concern (GHEIC). Because the international alarm about Ebola was sounded far too late, as Karen documents in a forthcoming piece in the British Medical Journal, the mobilization of donor resources did not really start picking up until mid-September, leaving the problem to fester for far too long.

Aside from structural problems of the WHO Geneva’s relationship regional offices,  we suggest we also have to look to what Barnett and Finnemore would have called organizational pathologies. One potential reason we identify in our PS piece is WHO’s previous experience with swine flu:

One reason for this delay may be that the WHO was criticized for over-reacting when it declared a global health emergency during the 2009 swine flu episode. When that outbreak proved to be less serious than feared, critics accused the WHO of being “too cozy” with vaccine makers (Cheng 2011). These claims ultimately were deemed without merit (McNeil Jr. 2011), but the blow to its reputation may have rendered the WHO reluctant to declare a health emergency prematurely and more likely to entrust the
Ebola fight to its regional office (Seidner 2014).

I will admit that this is somewhat speculative, though similar concerns were raised in a recent New York Times piece:

Sounding the alarm can come with a price, as Dr. Chan had learned. When swine flu broke out in 2009, she was criticized for overreacting and declaring it a pandemic. While an independent review later found that she was right to do so, some critics and supporters now wonder if the experience made her gun-shy in responding to Ebola. She says it did not.

The internal report on the WHO’s failures on Ebola aren’t public. Instead, the WHO released a 14-part report this week in which it essentially whitewashed its own role:

WHO immediately mobilized its collaborating laboratory in Lyon, France, together with West African laboratories located in Donka, Guinea, Dakar, Senegal, and Kenema, Sierra Leone, to prepare for the diagnosis of more cases. MSF, which had a well-established presence in the region, rapidly set up isolation facilities.

The first team drawn from institutional partners in the WHO Global Outbreak Alert and Response Network, or GOARN, travelled to Guinea on 28 March. The team was headed by a senior WHO field epidemiologist. As a reporter covering early events in Guinea for Vanity Fair later noted, the international response was “rapid and comprehensive – exactly what you would hope.”

Sorry, I am not buying this interpretation from the WHO, and the organization needs some self-reflection and more candor if it is going to win back the trust of the donor community in much sought-after sources of funding to fight infectious diseases.

What is the WHO for?

Throughout the crisis, WHO said that it is technical rather than an operational agency. WHO rejected that it has the capability to deploy large numbers of experts to assist in global health crises.

Paxton in his piece makes a similar argument, noting that “Many physicians and members of the public think that WHO has some sort of rapid-response force for infectious disease.” However, he implies that the WHO has never had such capabilities: “This statement is at odds with reality. The Centers of Disease Control and Prevention is probably the only organization with the capacity to act as such a force.”

While I agree that CDC with its Epidemic Intelligence Service (EIS) is the most capable national health agency, the United States can be the global public goods provider in times of crisis every health problem.

Just think about the much maligned CIA effort to use a fake vaccine campaign to get Bin Laden’s DNA in Pakistan that has resulted in mortal attacks on many vaccinators. There, having a multilateral organization to Abbott and Snidal’s infelicitous parlance to “launder” Western support for polio eradication is absolutely vital.

WHO is the same organization that was responsible for the eradication of smallpox in the 1970s. The WHO oversees the Global Outbreak Alert and Response Network (GOARN). If the world needs rapid reaction capabilities for fighting disease, then GOARN or some other pieces of WHO have to be more robust. Already, some are urging the creation of new agencies outside of the WHO, though that might just make coordination of global health even more chaotic than it already is. WHO has to step in to that role and be more than a technical agency or risk irrelevance. 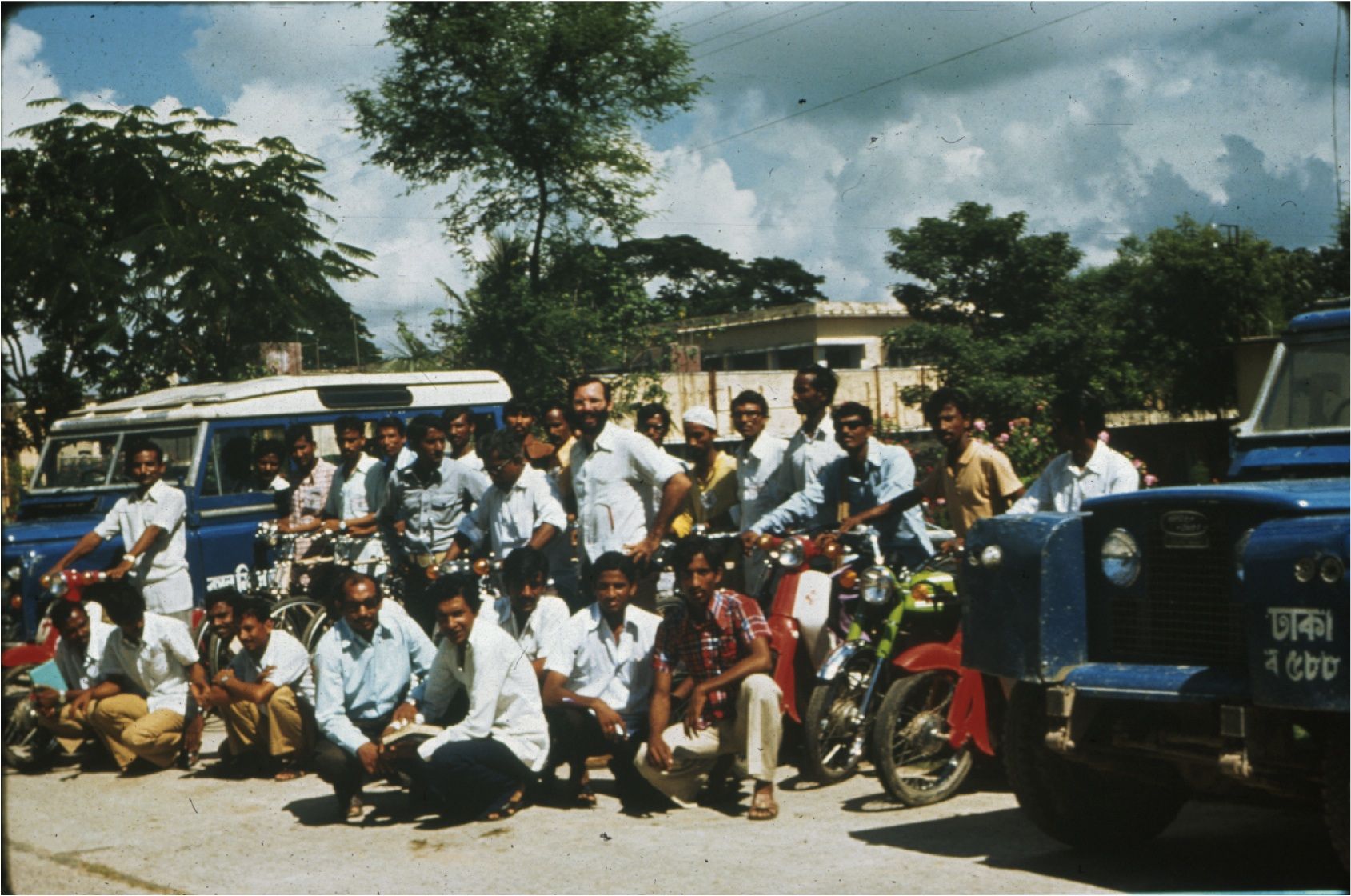 Smallpox warriors in India in the 1970s

(Relatedly, Paxton, Grépin, Youde, along with Anne Roemer-Mahler, and me all recently contributed to a reviews exchange on Youde’s excellent primer Global Health Governance. Ungated access to that reviews exchange in International Politics Reviews is available here.)