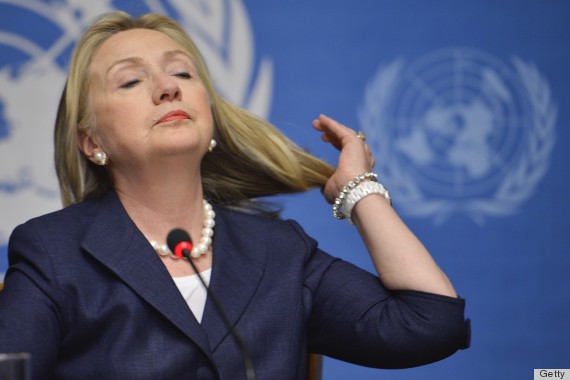 Like most Canadian citizens, I was delighted to see the back end of our former Prime Minister Harper as he conceded defeat to the Liberal Party’s Justin Trudeau. Although I’ve felt slightly disconnected watching both the campaign and the reaction to Trudeau’s win from my home in Sydney, Australia, I’ve been fascinated by what arguably became one of the main campaign foci: Trudeau’s hair.  ‘Hair’ clearly stood in for much larger hang ups about Trudeau’s appearance, masculinity, sexuality, and life choices. Both the gleeful memes celebrating Canada’s ‘hot’ new Prime Minister (the National Post asked if Trudeau was ‘the sexiest politician in the world‘) and the sneering claims that being a drama teacher and the son of former Prime Minister Pierre Trudeau hardly qualify him to run the country (the ol’ ‘get a hair cut and get a real job‘ argument) seem to tell us more about hegemonic masculinity in the world of politics than anything else.

But first, in case you haven’t been paying close attention and you think Trudeau’s hair wasn’t a big campaign issue, here is a summary:
Arguably, hair-gate kicked into full gear when the Conservative Party started referencing Trudeau’s locks in their attack ads- they commented that Trudeau was ‘not ready to lead’, but added ‘nice hair though.’ The ‘nice hair though’ became somewhat iconic. In her excellent piece ‘The Feminizatin of Trudeau’, Winnipeg Free Press Editor Shannon Sampert summarized: “the Conservatives tend to belittle his leadership skills by focusing on his hair. It’s become a common insult. Trudeau has nice hair, but no policy.” In 2012 the Toronto Sun reaffirmed this argument with the headline:  “Justin Trudeau: Great hair but no credentials.”

But the Conservatives and Canadians have not been the only hair-obsessed. The international reaction to Trudea as a candidate and as the future PM has largely been framed around his hair. The Economist called him the “hair apparent“, the UK’s Mirror noted his “luscious brown hair, spellbinding eyes” and “chiseled physique,” Spain’s El Mundo called Trudeau Canada’s “pretty boy,” and the The Huffington Post has a gallery with differently named versions of Trudeau’s iconic locks. By the end of the campaign, each Canadian candidate’s hair had its own (unofficial) Twitter account, and Mulcair’s beard had two: @trudeaushair, @graybouffant (for Harper), @MulcairBeard and @Mulcairsbeard.

Sampert’s column on the feminization of Trudeau aptly captures the effort the Conservatives made to use Trudeau’s hair as a symbol of his inexperience: it was too messy, too fun, too girly, not serious enough, too fussy, too gay- and, therefore, so was the candidate.

This feminization of Trudeau tells us a great deal about common expectations of ‘normal’ or ‘unremarkable’ candidates. Put simply, the fact that Trudeau refused to mimic hegemonic-politician-masculinity has been the real issue- his hair is just the main symptom. If Trudeau had opted for a strict side part, had stopped smiling so damn much, been just a bit nerdier, and had come from the corporate world rather than a drama classroom, Conservatives and the Canadian public would have worried less about whether he was ‘ready.’  In fact, across the world the public readily takes salt-and-pepper-side-parts and corporate experience as proof of political competency.

Female politicians have always had to face the challenges of living up to political-hegemonic-masculinity. They wear pantsuits, they try to keep their hair the exact same for decades so no one will comment on it, they get speech coaches to work on how high or low their voice is, and- inevitably- the media and public still focus on how they deviate from the male norm. With Hilary Clinton we’ve had scrunchy-gate, endless conversations about her pantsuits, jokes about her ‘cackle,’ and debate about her emotional reactions – or lack of emotional reactions. Here in Australia there were hundreds of articles focused on former Prime Minister Julia Gillard’s suits, her rear, and her hair. And Trudeau isn’t the only man who has been measured against the hegemonic-political-masculinity norm: Rand Paul’s hair has perplexed many, with Elle running a column ‘Rand Paul’s Hair: Let’s Talk About It‘; and, Donald Trump faces more flack about his orange flip flop hair than he does about his lack of political experience or his misogyny (Vanity Fair has run ‘An Illustrated History of Donald Trump’s Hair. Warning Don’t Read Before Lunch! and Rolling Stone featured Donald Trump’s 25 Best Hair Days– as a sample of the thousands of pages dedicated to this topic).

But R.W. Connel, the theorist who introduced us to hegemonic masculinity, says that hegemonic forms of masculinity can shift and adapt over time. Does the election of a drama teacher who looks happy and proud of his ‘non-conforming hair’ (it’s hardly radical, right?)- and who has promised to appoint a gender-equal cabinet- signal a shift of the masculinity needle? And even if Canadians and the world can relax and accept tousled curls as legitimate, does it mean anything for the women seeking to attain the same political legitimacy?