On The Dynamics of Global Power Politics 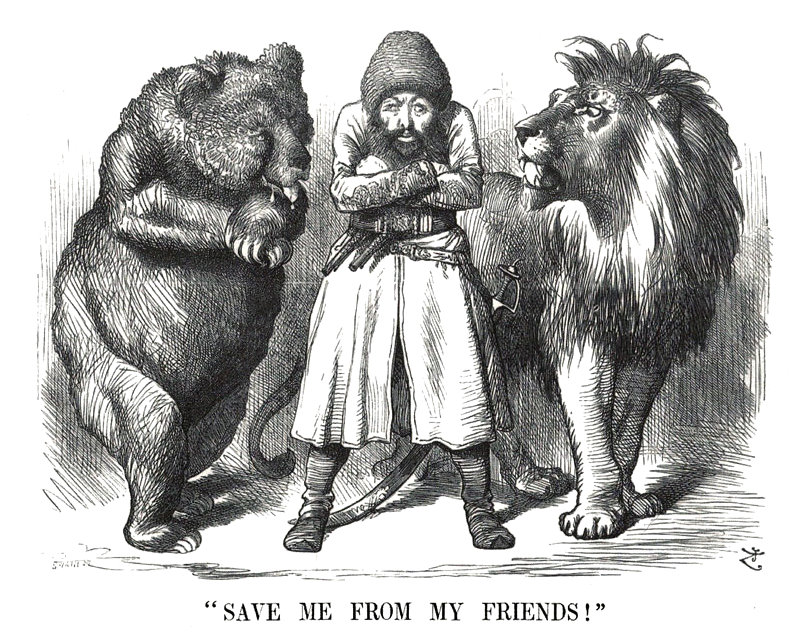 In the wake of the Russian Federation’s intervention in Ukraine, U.S. Secretary of State John Kerry declared that, “You just don’t in the twenty-first century behave in nineteenth-century fashion by invading another country on completely trumped up pretext.” Indeed, a number of analysts see the return of traditional realpolitik, that “old-fashioned power plays are back in international relations.” Others express skepticism. They view international relations as more peaceful and less marked by realpolitik than ever before.

We think this debate encapsulates enduring problems with the way that many think about power politics. Scholars on both sides associate realpolitik primarily with the machinations of military power. They insist that states remain the core practitioners of power politics.  And they often treat the institutions of liberal order not as changing the dynamics of power politics, but somehow supplanting them entirely. When taken as a whole, such terms of debate reproduce a misleading baseline assumption still found in international-relations scholarship: that the nature and salience of global power politics—‘old-fashioned’ or otherwise—stems from the states-under-anarchy framework associated with contemporary realist theory.

We argue that it is time for security studies to abandon this debate, to stop equating realpolitik with contemporary realism, and to set down the parameters of a research program that we term “the dynamics of power politics.” In this, we draw inspiration from the field of contentious politics.

What binds the research program together is its focus on realpolitik as the politics of collective mobilization in the context of the struggle for influence among political communities, broadly understood. In particular, the study of the dynamics—the mechanisms and processes—of collective mobilization—the causal and constitutive pathways linking efforts at mobilization with enhanced power—brings disparate approaches to security studies together in a shared study of power politics. Some readers will note that our approach—and quite deliberately—finds kinship with calls to take practices, transactions, and relations themselves as basic building blocks of analysis, and thus implicates emerging divisions in the field.

We detail specific analytical content in our article, “The Dynamics of Global Power Politics,” published in the inaugral issue of the the newest ISA journal, the Journal of Global Security Studies. But, as we note there, consider Moscow’s activities in Russia’s near abroad.  For structural realists, Russia’s actions herald a return to power politics as usual, and provide clear evidence that states will continue to balance power under conditions of anarchy. We agree that Russia’s actions should not be dismissed as mere “spoiler” behavior: the last vestiges of brutish power politics in the liberal world order. But the “Russia is balancing” causal story is not particularly convincing either. Putin’s actions have infuriated Western opponents precisely because they are seen as threatening a liberal institutional order.  To treat this as balancing under anarchy, as Cooley shows, misses the rich institutional context of contemporary power politics. Russia’s strategy, moreover, relies less upon the mobilization of other great powers, and more on specific tactics aimed at other actors. From a dynamics-of-power-politics perspective, the question is not whether or not Russia is “balancing,” which, as the debate over soft balancing illustrates, some realists take as the threshold for significant power-political activity. Instead, it concerns what mechanisms of power politics operating in the Russian case; what instruments are being deployed and why; and how structure shapes the interaction and outcomes of these mechanisms.

Ultimately the goal of this research program involves finding common ground between realist and heterodox approaches. More important, it aims to ensure that power politics remains central to the global analysis of security studies. Despite the decline in major power wars and the use of international force by states, despite the growth of international institutions, despite the supposed increased importance of economic and symbolic instruments, the struggle for power constitutes an immutable feature of international relations. In essence, we agree with the founders of the field of Security Studies: to ignore the dynamics of power politics is to miss an essential feature of international security, let alone global politics.