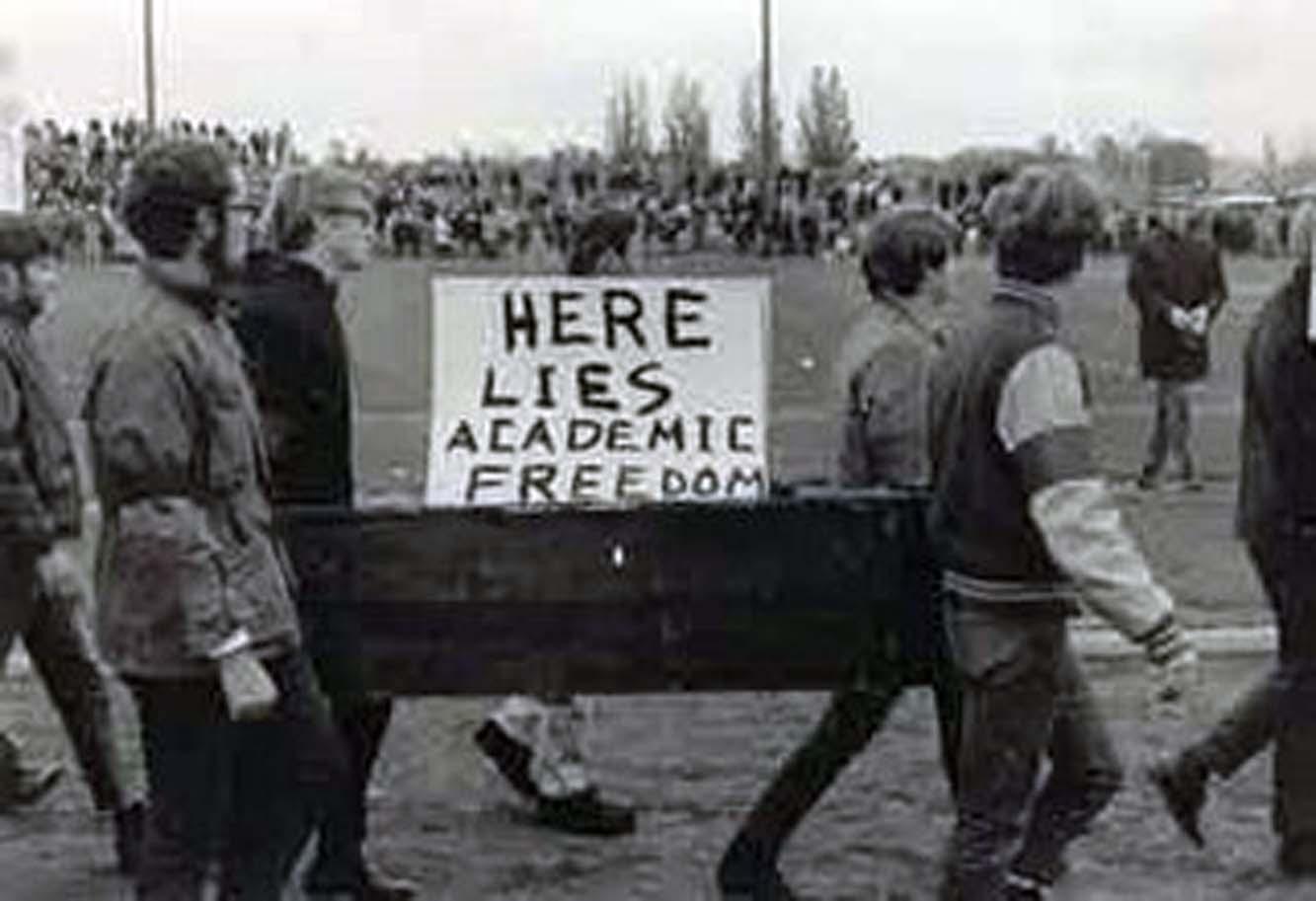 I have been waiting the for the past few days to see how the International Studies Association would respond to news of Trump’s Executive order banning entry into the US has for many travelers, including those from a number of Muslim countries – since this ban obviously affects numerous of our colleagues who are, like many of us, slated to travel to the International Studies Association Conference in Baltimore, Maryland, USA. Would the ISA issue a condemnation of this policy? I wondered. Would they offer support and reassurance to colleagues trapped outside US borders? Would they announce arrangements to Skype in scholars unable to appear in person? Would they consider relocating the conference to Canada or elsewhere abroad, if not this year then in future years?

So here is how the ISA leadership did respond, as of late yesterday. Astonishingly, the ISA  promises to do none of those obvious things. Instead, ISA simply promises not to penalize any international travelers affected by the ban, urges members not to boycott the conference, and informs us the ISA cannot take stands on political issues. As my co-blogger Steve bin Said points out this tepid response is not nearly adequate to the situation at hand and it is in fact an insult both to our comrades from targeted Muslim-majority countries or on green-cards, as well as to all of us who are taking political risks to speak out and resist these draconian and dangerous policies.

Below are four reasons why the International Studies Association should immediately issue a condemnation of President Trump’s Executive Order, fall on its sword to accommodate foreign scholars by any means possible, and pledge to move future conferences outside the United States so long as this ban is in effect (please add your own suggestions in comments).

Speaking out is perfectly legal. TV Paul et al’s letter stated that “ISA is a 501c3 non-profit Association, which prevents the Association from taking partisan stands on policy issues.” Actually, 501(3)c status does not prohibit speaking out on policy issues. It only prohibits partisan involvement in elections. Since 501c3 status is primarily a tax exemption status, the relevant rule is found in the IRS tax code, which reads:

Under the Internal Revenue Code, all section 501(c)(3) organizations are absolutely prohibited from directly or indirectly participating in, or intervening in, any political campaign on behalf of (or in opposition to) any candidate for elective public office. Contributions to political campaign funds or public statements of position (verbal or written) made on behalf of the organization in favor of or in opposition to any candidate for public office clearly violate the prohibition against political campaign activity.  Violating this prohibition may result in denial or revocation of tax-exempt status and the imposition of certain excise taxes.

Certain activities or expenditures may not be prohibited depending on the facts and circumstances.  For example, certain voter education activities (including presenting public forums and publishing voter education guides) conducted in a non-partisan manner do not constitute prohibited political campaign activity. In addition, other activities intended to encourage people to participate in the electoral process, such as voter registration and get-out-the-vote drives, would not be prohibited political campaign activity if conducted in a non-partisan manner.

On the other hand, voter education or registration activities with evidence of bias that (a) would favor one candidate over another; (b) oppose a candidate in some manner; or (c) have the effect of favoring a candidate or group of candidates, will constitute prohibited participation or intervention.

This clause clearly applies to political campaigning, and is not meant to silence organizations from speaking out on policy issues. If that were true, no civil society organization like the ACLU, Refugees International and Human Rights Watch could do their work. Nor could other associations, who are already roundly condemning the ban.

Speaking out is smart. As TV Paul et al’s letter points out, there is already a movement to boycott  the Baltimore Convention – and all international academic conferences – entirely on the basis of the travel ban. The ISA position is that those who can attend Baltimore should, so that the conference becomes an opportunity to gather the international studies intelligentsia and determine a way forward under the new circumstances. I think this view has merit, primarily since it is too late to change the location for this year. But it’s unpersuasive unless couched with a strong condemnation of the circumstances. Frankly, I bet people who weren’t planning to boycott the conference before receiving this email might well decide to do so now, in reaction to what appears to be complacency on the part of the leadership. To encourage people to attend, the ISA should send a strong signal that we would be doing so  in support of an organization that will stand up for all its members. We’re not hearing that in this letter.

Speaking out is our mission. ISA’s  mission statement does proclaim that we will “provide channels of communication between academics and policy makers to promote a successful link between the production of knowledge and its utilization.” So policy relevant communication is not only permitted by US law, it is required by our mandate. Moreover, while expressing policy positions is a small portion of our overall work (which also keeps us in compliance with IRS codes), Trump’s EO actually undermines our ability to achieve our wider mission which also includes “provid[ing] opportunities for communications among educators, researchers, and practitioners in order to continually share intellectual interests and meet the challenges of a changing global environment;” and “develop[ing] contacts among specialists from all parts of the world in order to facilitate scientific and cultural change.” What kind of organization are we if we refuse to oppose a law that poses such an existential threat not only to our international colleagues but our very raison d’etre?

Speaking out constitutes, affirms, and protects academic freedom. Silence undercuts our mission. ISA has a history of standing up for academic freedom. The organization roundly condemned Turkey, for example, when last year the government began purging academics in the wake of a failed military coup.  Moreover, while it may be too late to move this year’s conference, if this ban is not reversed the ISA must in that spirit of inclusivity consider re-locating its conferences outside US borders for subsequent meetings until such time as the ban is reversed. There is no excuse for an international organization to hold meetings in a country whose laws arbitrarily bar colleagues from attending. And beyond this year’s meeting I could not in good conscience support an organization who went along meekly with such an outrageous attack on human rights and academic freedom. We must find ways to protect our members and resist.

To those international scholars reading and affected by this: please consider this an open thread to suggest other ways our organization can be of meaningful support to you this coming month and in the near future.