Civilian Self-Protection: What Civilians Do in War When Help is Hard to Find 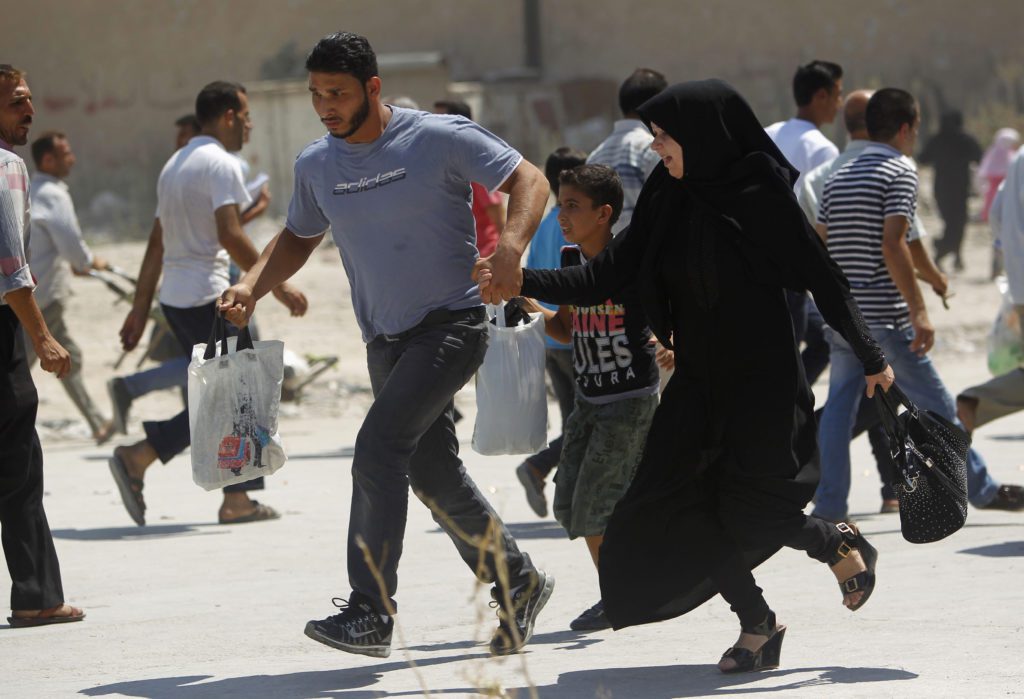 On July 25, 2018, DAESH launched a surprising and brutal 12 hour offensive in Sweida, Syria, killing more than 200 people through a series of suicide attacks and door-to-door raids. The attack was notable not only because this predominantly Druze area had largely been spared much of the Syrian war’s violence, but also because it signaled that DAESH still had some fight left in it despite the relentless effort by the United States and others to decimate its ranks.

Initial reports largely focused their analyses on whether the Sweida attack indicated a resurgence of DAESH and what impact it would have on the region’s geopolitics and the Syrian war.  Receiving less attention was how the residents of Sweida valiantly tried to protect themselves during this onslaught.  As the attack unfolded, some of the local youth and militia took up arms to defend their villages.  Local writer Osama Abu Dikar recounted, “In the beginning, the attack took us by surprise, but the heroic youth of Sweida rallied quickly in the centre of town and the villages that Daesh had attacked.  These local fighters with basic capabilities fought real battles against [DAESH].”

These wartime civilian-driven protection efforts are examples of civilian self-protection (CSP).  CSP is not unique to Sweida.  As long as war has raged, civilians have sought to protect themselves.  Often this is because their own governments or humanitarian actors cannot or will not protect them.  For example, in the case of Sweida, no government troops were around to protect the locals; hence the need for them to take up arms in self-defense.  And far too many times, the very actors charged with protecting civilians are the ones who perpetrate harms against them.

Yet, despite CSP’s long-standing history, the scant attention it has received not only from media outlets, but also from states, humanitarian actors, and academics is remarkable.  That CSP can be effective makes this inattention even more surprising, especially considering the global community’s general reluctance to launch humanitarian interventions and the UN’s dwindling budget when such support manifests.  The safety and survival of many people in wars are often dependent on self-protection efforts. Indeed, the Sweida attack was striking because it disrupted the unusual peace this region enjoyed.  One possible reason for the relative calm may be its residents’ deliberate decision to stay out of the Syrian war, refusing to allow its sons to enroll in the army to prevent revenge attacks.

Which is why more attention needs to be devoted to CSP.  Academics and humanitarian agencies need to better understand when it is effective and why.  There is also a need to better understand how the international community can support CSP, like when civilians opt not to flee but to stand their ground and protect their homes or remain neutral in a devastating war. This knowledge should inform the design and execution of military and humanitarian interventions to ensure that they are supportive of CSP where appropriate.  They also should not disrupt successful efforts or as sometimes happens with external support to armed militias, nudge CSP’s transformation into predatory and illegal behaviors.