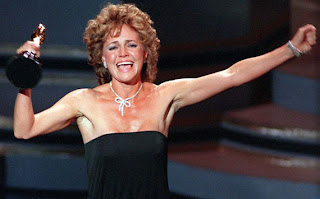 Political scientists love to be cited for the same reason that rich people like to name buildings — proof of their existence after death. I was here! I was noticed! I was read! Political scientists are not going to cure cancer. Or even stop genocide, which as well all know is a simple product of strategic logic utility maximization that all human beings are powerless to stop. Every back issue of the American Political Science Review will one day be like a time capsule from the past, showing how we lived back then. It is not etched in marble, but it will have to do.

Ironically the most cited political scientists are those with the least influence, those whose work is so terribly bad that other political scientists write innumerable articles criticizing it, thus driving up the citation count. This is called the “Huntington Index.” One might think that if something is so wrong it should be so obvious that it need not merit such overwhelming response. This proves you are not a political scientist.

Political scientists also use “drive-by citations,” repeatedly citing the same one or two works seen as representative of an entire school of scholarship that one does not feel like reading but must acknowledge.* There are also “hat tip citations,” those perfunctory recognitions of those others who blazed the trail before you and who must be cited lest one incur their wrath for not being cited when they serve as reviewers. This is the academic version of saying, “ ‘sup?” and barely nodding one’s head.

Citations are also not immune to the influence of organized crime. Ordinary, law-abiding political scientists live in fear of “citation cartels,”** those who artificially inflate their citation counts by citing one another, thereby distorting the operation of ordinary market mechanisms based on actual consumption. See “peace, democratic.”

Finally political scientists must cite the work they seeking to discredit. Most citations are therefore passive-aggressive. Passive aggressiveness can be enhanced by finding a much older article that made the same point 80 years before and citing it first. This is not hard to do. Political scientists are the world’s leading consumers of old wine and new bottles.

*Credit goes to Mike Tierney for originating this term.

**Harald Schoen came up with this. My thanks.