How Would Al Gore Have Fought the Iraq War? 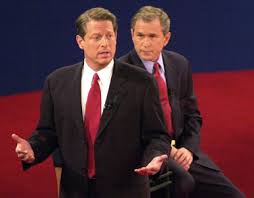 Editor’s Note: This is a guest post by Elizabeth Saunders who is an Assistant Professor of Political Science at George Washington University.

In this year of Iraq-related anniversaries, this summer marks the 10-year anniversary of the emergence of the insurgency, when many Americans realized the Iraq War would not be over any time soon. Would things have been different had Al Gore been president? The latest issue of Perspectives on Politics has a symposium that considers this question in light of Frank P. Harvey’s book Explaining the Iraq War: Counterfactual Theory, Logic and Evidence. Harvey makes the provocative argument that Gore would have initiated the war had he won the 2000 election, highlighting structural factors that would have been no different under Gore than Bush. The symposium includes responses from myself, Adeed Dawisha, John Ehrenberg, Bruce Gilley, and Stephen Walt [Editor’s Note: Cambridge has agreed to make the contributions freely available through 29 July 2013; you can access the html version via each contributor’s name or through the abstract page].  I encourage readers to look at the entire symposium, which presents both supportive and skeptical takes on Harvey’s argument.

My own contribution highlights one aspect of the Gore counterfactual that Harvey neglects – what kind of war would Gore have considered fighting in Iraq, and how would that strategy, in turn, affect the likelihood of his administration going to war in the first place? END_OF_DOCUMENT_TOKEN_TO_BE_REPLACED