It has been an interesting week, I have been at a small conference in the US on cyber security and the question frequently asked is what are you working on?  I think the assumption was that I would reply with something in the realm of cyber security, but that would be too clichéd for me.  This week my research focus has been video games (we prefer to use the digital games since it encompasses all forms of the gaming industry). 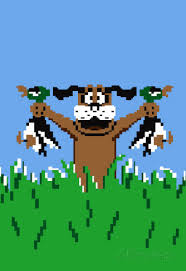 Digital games have surpassed movies as the most profitable dimension of the entertainment industry.  Due to this shift, an interesting question is if there are international relations implications for this development.  Along with my co-author Phillip Habel, we argue that there are some key considerations that can be examined by focusing on games as a transmission and framing device for enemy images.  Our paper for the Southern Political Science Association investigates enemy images in digital games.  To this end, we coded 37 first person shooters (FPS) from 2001 to 2013 along many dimensions to investigate this question (sorry, we did not code Duck Hunt).

END_OF_DOCUMENT_TOKEN_TO_BE_REPLACED

Cleitus the Black has an amusing post up at Elected Swineherd about parents who ask their children to honor the Geneva Conventions while playing violent video games such as Call of Duty. According to MSNBC:

“Evan Spencer wanted to play ‘Call of Duty: World at War.’ So he asked his dad. Hugh Spencer wasn’t initially thrilled about the idea of his son playing the World War II-based game. “I’ve never really enjoyed first-person shooter games,” he confesses. “They’re just not my favorite aesthetic.” But the elder Spencer agreed to his son’s request, on one condition: Evan would have to read all four treaties from the Geneva Conventions first. And then, agree to play by those rules.”

“This kid’s parents think they’re being responsible; in fact, they’re merely showcasing their ignorance. Despite the minor fact that the majority of the Geneva Conventions did not exist in World War II… it’s quite impossible to break any Geneva Conventions in the game: characters have no chance to torture, execute prisoners, or launch attacks against civilian populations, although they get to witness those acts in graphic cinematic sequences.

The scoundrel’s only possible chance to tread a fine line is to fire a finishing shot into an already mortally wounded opponent; and this would probably be justified by the fact that many of those opponents will planning to make a “last stand” attack where they draw a pistol and blaze away until they run out of ammunition, or until they get shot again.

Gory and realistic though this game is, it’s hardly an educational training ground for learning the nuances of International Humanitarian Law. What it really represents is an opportunity for out-of-shape American youth to exercise their bloodlust without endangering themselves. If young Evan Spencer really wants to learn something about war, there’s plenty of hot-spots in the world where another teenage meat-puppet could make themselves useful as a bullet sponge.”

Spot on analysis of the gap between intention and reality with respect to this particular instance, but but I think the bigger question is: why don’t gaming companies build rulesets into first-person shooters that force players to acknowledge, consider and choose whether to break or follow basic just war rules?

Some quasi answers that lead to more questions:

1) The absence of a corporate social responsibility movement for the gaming industry. But how do we explain this? Beats me.

2) The fact that the International Committee of the Red Cross is not behind the idea – in fact it once sued a Canadian gaming company for incorporating the red cross symbol into the game. Again, why? Ostensibly concerns over the use of the emblem. But given that the ICRC’s mandate includes disseminating humanitarian law through everything from films to circus skits in the Sudan, this strikes me as another great mystery of our times – one might even say international law run amuck.

Still, one could build an ethics incentive structure into first person shooters without using the emblem, and one could even imagine pressing political reasons to do so. Enhancing US combat personnel’s law of war training while deployed in the field would seem like such a reason, since US national security presumably now depends on rebuilding failed states abroad. One marvels therefore that the US military, while aiming to succeed at “military operations other than war” still allows its off-duty combat personnel to rest and relax with games that simulate, at best, situations of high intensity conflict. We are not only missing a chance to use first person shooters to disseminate and train in the rules of war, but probably training soldiers in precisely the opposite skills.