The US-Iraq Conflict: A War of Rivalry? 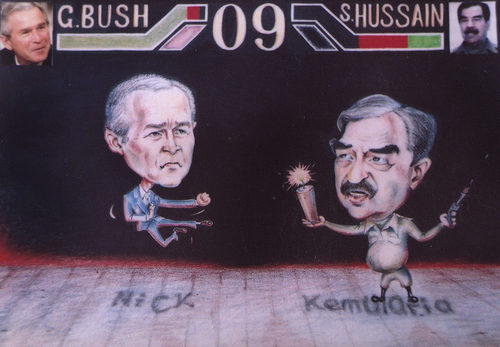 The mark of the ten year anniversary of the beginning of the US invasion of Iraq in 2003 has been, as such anniversaries tend to be, a chance for scholars, pundits and politicians to take stock of the past and evaluate the present. Reactions have ranged from a stubborn support of the war  to quasi-celebrations on the side of opponents of the war. For all sides, the causes of the war have been a major point of contention. We concern ourselves with this part of the debate.

Very little rigorous analysis of the causes of the war has taken place. Explanations about the Iraq War have tended to be dominated by narratives that focus on neo-conservative policy goals, the Israel-lobby, oil, personal animosity, and the fear associated with Weapons of Mass Destruction. Usually these mono-causal explanations are amended by ad-hoc additions in order to accommodate the impossibility of any one cause explaining a war. This results in causal stories that are incoherent or lacking a uniting element that would make sense as an orientating device and macro explanation. Using Chapter 6 of Valeriano’s recent book – Becoming Rivals – as the basis, we argue that interstate rivalry is the common thread that links the many different events and behaviors that contributed to the onset of the second Iraq war.