Do US Alliances Re-Assure in Asia, or Create Moral Hazard? 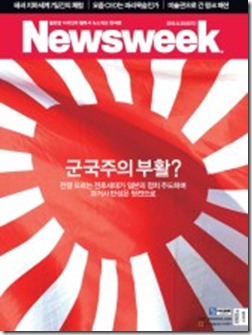 The conventional wisdom on the US presence in Asia is that we re-assure all players. Specifically, US allies don’t need to arms race local opponents, because the US has extended deterrence to cover them. Hence Japan and South Korea don’t need to go nuclear, for example. Among academics, this logic pops in the work of Christensen, Ikenberrry, and Nye; among policy analysts, here is the US military saying this, and here is the DC think-tank set.

But there’s flip-side to this logic that really needs to be investigated – whether the US presence also freezes conflicts in place, by reassuring Asian elites against their own reckless nationalist rhetoric, racially toxic historiographies, and Fox News-style inflammatory media (just read the Global Times op-ed page occasionally). I think the Liancourt Rocks fight is a particularly good example of this ‘moral hazard’ mechanic, as is the recent comment by no less than the South Korean foreign minister (!) that Abenomics’ threat to Korean export competitiveness is a greater danger to SK than North Korea’s nuclear program. That kind of preposterous, reckless myopia can only be explained by taking the US security umbrella for granted.