Laws of the Jungle 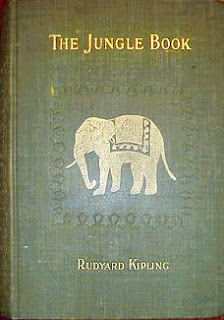 While rereading Kipling’s 1894 classic The Jungle Book, I began to think about the curious ways in which the author constructed the relations between communities of animals in the jungle.  Here are a few observations:

1. The jungle is neither anarchic nor Darwinian in Kipling’s narrative. It is in fact best understood as an interspecies society governed by a set of laws. To this extent, it seems to mirror the international society tradition. In Kipling’s narrative, the laws are universal, but require an acknowledgment of sovereignty — the laws must be articulated in the tongue and mannerism of each community. This is particularly the case when requesting asylum.

Notably the laws are knowable to any community member who studies them carefully; the laws are not a product of instinct. Moreover legal experts are employed to train members of each community in the laws.  While Baloo (the sloth bear) is physically abusive as an instructor his… umm… heterodox teaching style is effective even for the adopted man-cub who is learning all of the languages from scratch.  The portrayal of the jungle as a society is curious for an author like Kipling and at a time when one would assume that the animals are allegorical references to different colonized peoples. (Since Kipling refers to the strength of white men in the book, it is unlikely that the animals are considered to represent European nations… but I could be wrong.)

2. There are two communities which exist on the margins of the society: the bandar-log (monkey-people) and the manlings (humans).  With the bandars, coercion is often necessary since they have a decipherable language but no understanding of the laws. Their main flaw is that they value themselves too highly but lack any sustainable form of social organization. The bandars basically represent a standard version of “the uncivilized” in Kipling’s account. The humans are treated as ignorant of the languages of the society of animals and hence of the society’s laws. The humans have a language but it is not intelligible to those raised in the forest due to infrequent interactions (except Mowgli who learns when he temporarily joins the village). However, while the humans are prone to superstition, they are not treated with the same derision as the monkeys. The notion that there are communities outside of the society which need not be treated with coercion but tolerance is striking given the well known imperialist sentiments of the author.

3. The community of wolves who adopt Mowgli the man-cub is organized as a tribal confederation.  The wolves are equal and relatively independent in Kipling’s story. One of their only social obligations is to show the new members of the community when they are of age.  By way of contrast Shere Khan is represented as an imperialist ruler who makes extra-legal claims on the members of the wolf community.  This a curious inversion for Kipling since tribes would  have been viewed with a jaundiced eye in his day.

Well, those are my initial thoughts, I would love to know if others agree or have alternative readings…