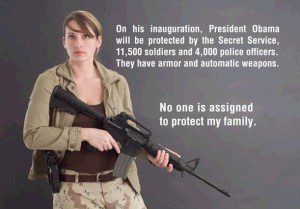 In the wake of the Connecticut shootings and in light of the hints dropped by Obama at the vigil for the victims, it seems we should be prepared for a debate in the coming weeks and months between those who advocate greater gun control to protect innocent lives and those who make a competing moral claim that such regulations infringe on the more important right to bear arms, which is supposed to be part of a general value of freedom. But that’s bullshit. Human beings with a  moral compass who live in any kind of society do not have total freedom. Never have and never will. Total freedom is incompatible with any notion of morality, whether liberal or conservative, and makes collective living impossible.