If you are running for the nomination of the Republican Party for President, there are a few 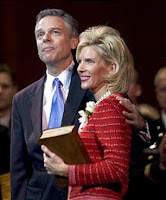 indispensables – you have to hate welfare recipients, oppose gay marriage, and have fired a gun at an animal at some point. (But apparently you no longer have to support a robust military presence overseas. Or have fired a gun against another person in a foreign war. That has not been a requirement since Eisenhower.) But it seems there is another sine qua non. If you are a man, you 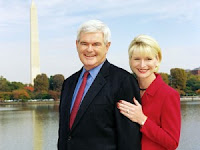 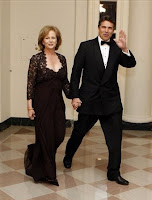 Here are pictures of the wives of all the major contenders for the Republican nomination for President. You will notice a similarity. They are not all skinny, or pretty, or young. But they are all blond. Even Ron Paul’s wife. You can want to legalize marijuana but do not, under any circumstances, marry a swarthy woman.

This inspires so many questions. Why is a blond wife such a necessary accessory? Is blondness just white skin in hair color form? Or are blond women a kind of status symbol, the diamonds of hair color because blond hair is relatively rarer? 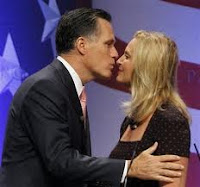 Do male politicians in training go looking for a blond wife before they run for office for the first time? Or is there an endogeneity problem with that explanation – that is, do they realize after they marry a blond woman that they might have a productive career in politics? Are these women all blond to start with? Or do they change their hair color to suit their husband’s ambitions. That would be quite sad.

But it appears to be something of an iron rule. Here is the wife of Tim Pawlenty, who was the first to drop out before the race really began. Notice something – brunette. Brown, but still.

It does seems though that Herman Cain got an exception. His wife is not blonde. After all, nothing would upset Republican primary voters more than a black man with a blond woman. Oh, yeah. That’s what sunk him.

Many Republicans pinned their hopes on this guy, Governor Chris Christie of New Jersey. But those hopes were false. Look, she’s dark-haired. It does beg a completely different question though. Why is Chris Christie meeting the Queen?