Pornography and National Security: The ever expanding threat 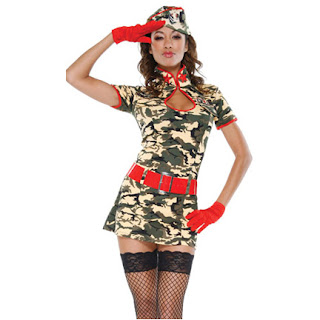 In today’s ‘horrors of bad social science’, we have a piece by Jennifer S. Bryson, director of the Witherspoon Institute’s Islam and Civil Society Project, (which seems to be a conservative think-tank) who has written a piece for the Institute’s blog on the threat of pornography for national security. (No really.)

Bryson asks the question that no serious scholar has ever, ever addressed and comes up with an argument to be considered. In fact, she is getting right on top of this hard and pressing issue.She reaches around the boundaries of conventional thinking about terrorism and slowly but steadily penetrates the burning question as to whether pornography drives a serious challenge to National Security:

With the tenth anniversary of the 9/11 attacks staring us in the face, we already know that our failure to have an approach to security that is robust and accurate has dire consequences. Pornography has long circulated nearly unbounded due to calls for “freedom,” but what if we are actually making ourselves less free by allowing pornography itself to be more freely accessible?
Are there security costs to the free-flow of pornography? If so, what are they? Are we as a society putting ourselves at risk by turning a blind eye to pornography proliferation?
I wonder further: Could it be that pornography drives some users to a desperate search for some sort of radical “purification” from the pornographic decay in their soul? Could it be that the greater the wedge pornography use drives between an individual’s religious aspirations and the individual’s actions, the more the desperation escalates, culminating in increasingly horrific public violence, even terrorism?

Let me tell you, now that we’ve been stirred to this threat – of young men somehow being converted to wicked, wicked ways – we need to act now, right here and now, damn it! Clearly the perpetrators of this filth have been very, very bad and need to be punished.

I believe that we all need to come together, scholars, government workers, NGOs, and throw caution to the wind. We need to straddle the division between us, fuse ourselves together and come up with an inspired solution. Let’s use each other to the very best of our abilities, and respond quickly to this vitally important need.

It’s Friday night so I’m just going to be at home thinking really long and hard about a solution to this problem. I’m just going to lie back right here by my lonesome self, thinking about nothing but pornography… for the sake of National Security.

It seems the seasons, and our attentions, have shifted from the Arab spring to the summer of sex scandals. May 2011 has been a notable month for high profile affairs and sexual indiscretions (let’s use this term loosely for now). Dominique Strauss Kahn’s (DSK) attempted rape charges, Arnold Schwarzenegger’s love child, Anthony Weiner’s alleged tweeted self portrait, and the developments in Silvio Berlusconi’s trial for sex with an underage female have all occurred within a few weeks of one another, but does that warrant the tendency lump these scandals together? It may be that all four are emanating various degrees of sleaze but the truth is that there are only two factors uniting these men: sex scandal and power. With so many scandals to think about, how’s a guy/gal to sort through all the details and determine what matters and what’s just good gossip? What differentiates these and other sex scandals and which ones should the public care about?

My answer: the Sexual Scandal Scale (I toyed with using sleaze-o-meter but it sounded a touch normative).

1. Upgrading/down-aging wives
From Newt Gingrich to Donald Trump (he pretended to run for president for five minutes so we can include him) to Nicola Sarkozy, this activity has come to define many men in positions of power- political or otherwise.
Gossip or Substantial? This is just classic good gossip material, and- unless you are running on a family values platform- shouldn’t impact one’s political career.

2. Concerning allegations/Consensual affairs
Concerning allegations is the ‘catch all’ category and should include Weiner’s pic as well as Chris Lee’s topless photo on craigslist. I consider consensual affairs like Prince Charles of Wales and Camilla Parker Bowles on par with these sorts of allegations even though they certainly differ.
Gossip or Substantial?: Creeping to grey areas, although still mostly just good gossip. In such cases integrity and judgement might be called into question but typically the decisions are largely personal (albeit potentially unfortunate) and don’t impact one’s job (what does Charles do again?) performance.

3. Abuse of Power
This category is primarily reserved for affairs with an employee or subordinate. The question here isn’t whether the sex was consensual or not (that’s a legal question- non-consensual=rape) but whether someone either leveraged or took advantage of their position of power for sex. Schwarzenegger affair with his employee fits here. Perhaps clearer cut examples include Bill Clinton and Monica Lewinsky and President Dwight D. Eisenhower and his secretary.
Gossip or Substantial? Substantial. See below.

4. Illegal sexual activities
Here we include a laundry list of crimes, including sex with minors, rape, statutory rape, and the use of paid call girls/prostitutes (unless, like me, you live in New Zealand where this activity is legal).
Gossip or Substantial?: Red alert substantial. Technically Berlusconi is off the charts here.

The mere fact that one would compare Schwarzenegger’s affair with DSK’s attempted rape is hugely problematic. Blurring the lines between bad choices, abuse of power, and illegal activity dilutes the gravity of sexual crimes and places them on par with affairs and topless photos. This conflation also implies that men in positions of power are so driven, drunk with testosterone, burdened with weight of decisions, that they are more likely to have an accelerated sex drive and less able to control it. Last week the New York Times’ Benedict Carey wrote an article entitled “The Sexist Pig Myth” wherein he pondered how he might behave with “all that power”, and asked if “power turn[ed] regular guys into sexual predators?” hinting that most men simply lack the means to commit multiple sexual indiscretions. The presumption is that, if given the chance- men will catch Tiger Woods syndrome and ‘swing at whatever they can.’ The questions “do all powerful men cheat?”, “Does machismo cause rape?” and “Why do powerful men risk everything for sex?” have been raised again and again over the years- seemingly with one answer: they can’t help themselves, and why should they? These are simply the wrong questions. The right questions focus on the substance of the sexual activity rather than concluding ‘boys will be boys.’

In an exclusive interview with the Canard, Nexon did not deny that it is indeed him in the photos. He attempted to explain the sordid images. “At the time, I was a starving graduate student living in one of the most expensive cities in the world. And everyone knows that Columbia admits as many unfunded students as they can and makes them compete for fellowships. I had to pay the bills somehow.”

Nexon has tenure at Georgetown, but the university has a strict Jesuit code of conduct that its employees must adhere to. It is not clear as to whether Nexon’s actions, which occurred prior to his employment at the university, violate those ethical clauses. The International Security Studies Section is under intense political pressure to revoke his crown. ISSS officer T.V. Paul explained: “Academics are not just figures in the public eye. They are role models to younger graduate students, whether they like it or not. We can’t just overlook this. Celebrity comes with responsibility.”
Those who know Nexon are also distancing themselves from him. Reached for comment, American University professor Patrick Thaddeus Jackson said, “Yes we were in school together, we have co-authored some pieces and we live in the same city. But our relationship is really just professional. I had no knowledge of Dan’s double life. Now please get off my lawn.”
Nexon’s book, which traces how the Reformation destabilized imperial forms of rule, appeared to rave reviews. It appears that with Nexon’s growing notoriety, the struggling photographer who originally snapped the pictures decided to capitalize. The photographer is also penning a tell-all piece for Perspectives on Politics. The journal is not revealing whether the photographer has been paid for the story.
A debate is currently raging on the website Political Science Job Rumors as to whether Nexon is “hot or not.” As of press time, the tally is running in Nexon’s favor. Hits to Nexon’s website, the Duck of Minerva, have surged since the story first leaked on the web.
Ironically, Nexon might have never written his book had it not been for the experience in male modeling. “Just like early European states, I realized I was a ‘composite.’ I am not just an academic, but also a sensual being. That sparked my initial interest in the topic.”
Nexon might have also appeared in an adult film at the time, Smokey and the Beaver, although this has not been confirmed as of press time. The professor had no comment on that issue, referring all questions on the subject to his lawyer.