“All the fake news that’s fit to print”

The long awaited return of 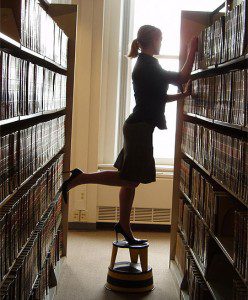 HBO’s wildly popular fantasy series, the Game of Thrones, has not generated enthusiasm on the part of at least one group. The nation’s international relations reference librarians, those who help students and members of the public  research the complicated dynamics of world politics, are sighing collectively as they anticipate the coming months of boredom. During the airing of the show, they have noticed a marked decline in visits to the reference desk, as the nation’s public draws inferences about the intricacies of international relations from these fictional characters on television, rather than through the classic vehicle – books.

“No one bothers to read Machiavelli in the original Italian anymore,” said Myrtle, a reference librarian who refused to give her last name. “They just listen to Littlefinger and think that they know everything they need to know about Realpolitik. It is really sad.” She asked plaintively, “What I am here for? Who will I scold?”

The nation’s international relations reference librarians have been hard hit in recent years with the growing popularity of online search engines. A librarian known simply as Priscilla complained that “at least with Harry Potter my readers checked out the books when that Nexon guy told them they could learn international relations from it. Lazy sods.” She worries about the future. “If Drezner writes a zombie IR sequel, we are finished.”