World Politics Review has a feature section in this issue on the “invisibility” of contemporary US wars, fought through covert ops, drone strikes and cyber attack rather than on conventional battlespaces. The issue is a thought-provoking read: Thomas Barnett aims a verbal fusillade at Obama’s “one-night-stand” foreign policy; scalding expositions on the illegality and perverse side effects of drone strikes come from Michael Cohen and Micah Zenko, respectively; and Steven Metz confirms the new “invisibility” of US military strategy.


Naturally, my contribution unpacks the whole notion of “invisible” war, putting it into its socio-political context:

Much digital ink has been spilled over how cyber and unmanned technologies are changing the nature of war, allowing it to be fought more secretly, more subversively and with greater discretion. But the single biggest shift in the sociology of war in the past quarter-century has been not in the way it is fought, but in the relationship between its grim realities and the perceptions of those on the home front. Indeed, it is precisely the increasing visibility of ordinary warfare due to communications technology that is driving U.S. efforts to redefine the rules of engagement. And ironically, this is resulting in an unraveling of old normative understandings about how to achieve human security.

Check out the whole set of essays here.

Mall Culture in a Global City

Greetings Ducklings!  Just sending y’all a little post-card from the United Arab Emirates where I am spending a couple of weeks in Dubai and the neighboring emirates trying to learn more about the political economy of this fascinating and dynamic country particularly since the housing bubble burst in 2008.

Between meetings I seem to find myself visiting a lot of malls.  With the summer time heat, the many malls here become the center for public life or at least a site of perambulation in a nominally open, air-conditioned space by ethnically segregated family units plus trailing nannies. One of the things that fascinates me about the mega-malls here in Dubai are the generally flimsy attempts to encourage expatriates and visitors to respect local customs by asking them to cover their knees and elbows. The suggested dress code seems to be ignored rather regularly and occasionally egregiously.  Most Emiratis seem quite tolerant of the sartorial choices of their visitors and foreign residents, but there has been a twitter campaign (#UAEDressCode) by some Emiratis to encourage greater modesty.

I wonder what it says that such suggested norms in a host country are so regularly flouted by foreigners. I think of it as a kind of micro-drama of power whereby the local culture is viewed as semi-sovereign or at least the space of the mall is viewed as a “cosmopolitan space” (or more precisely a terra nullis) outside the sovereign territory of the host state because there are so many foreign retail outlets. Some boorish tourists may simply not even see a need to be “culturally sensitive” anywhere in the country when they are on vacation — an attitude of perhaps neo-colonial privilege that itself needs to be unpacked. Of course, the now rather standardized Emirati national attire is itself an assertion of status in a country where the national population is a tiny and apparently rather pampered elite. Moreover, the default preference for the wishes of the local population reflects a potentially antiquated notion of sovereignty. While there are Emiratis who do not support encouraging a strict dress code and visitors/foreign residents who respect the desire of locals to preserve their cultural norms, we generally seem to have a situation of contending privileges and a potential failure of cultural interchange in this most global city-state…

The Iraq surge: vindicated then exposed? 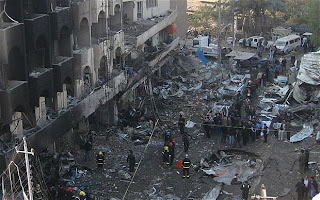 We haven’t got all the details, but promptly after the departure of US combat troops the Iraqi Prime Minister is feuding badly with Sunni political figures, and a bomb blast suggests that Iraq may be escalating into more sectarian conflict.

If so, what does this say about the surge? On one hand, the relatively quiet withdrawal of American troops on Tuesday vindicated one objective of the surge: to create more stable conditions to that America could pull out quietly without it being humiliated and without the kind of chaotic flight to the exits that would polarize its society.

On the other hand, the major declared objective of the surge launched by President Bush II in 2006-7 was to depress levels of violence, secure the population and thereby create critical space in which there could be political progress and reconciliation.

Advocates of enlightened counterinsurgency and muscular state-building argued that Iraq vindicated their position. They argued that the combination of more troops and more restraint played a major role in depressing the levels of violence and giving Iraq a breathing space to recover from the communal bloodletting it suffered in the post-invasion years.

But if Iraq descends again into the traumatic violence of 2005-6, we must acknowledge that this approach had its limits. It bought time and got the issue off the front pages – no small thing for a superpower that has seen presidencies destroyed in the past by protracted small wars – but a new civil war of sorts would suggest that the surge did not achieve its most profound objective.

Its not actually obvious, historically, that gentler, more sophisticated ‘hearts and minds’ campaigns necessarily work, if we define success as marginalising insurgencies while leaving behind a strong state that governs in the interests of the departing occupier.

Successful counterinsurgency campaigns in the past relied on favourable geopolitical conditions and some pretty unsentimental techniques. Forced population resettlements, virtual concentration camps (albeit with well-run facilities), indiscriminate bombings, bribery on a massive scale, proxy violence, etc. Which is precisely one reason why I am uneasy with our countries doing this kind of campaign, given the dark price victory has often exacted.

In some ways, the Petraeus revolution mixed the fluffy, appealing liberal versions of hearts and minds (cultural literacy, heroic restraint, a population-centric view that you can’t kill your way out) with some hard-nosed methods, such as walling off warring communities, putting potential insurgents on the payroll, and sustaining a round-the-clock kill and capture programme.

And yet, car bombs are going off and there are new rumours of war.

Alternatively, there is the line being peddled that America should not have left. Making Iraq an indefinite commitment would be mightily expensive. And by shouldering this burden well into the future, it would come at other costs, putting the US in the eye of whatever storms were coming in the future.

Ultimately, Iraq showed in a brutal way how limited American power is. If the surge only bought some time and space, and postponed another round of internal conflict (possibly metastasizing into a wider regional one), then policymakers should not conclude that perpetual armed nation-building works if only we get our methods right. Ultimately, COIN just isn’t a venture that we should fatalistically accept as part of our strategic future.

Contrary to the late Christopher Hitchens, endless war is not only a bad idea. It is beyond America’s limited strength. And compared to its costs, its dividends, at least in this case, may be slight indeed. 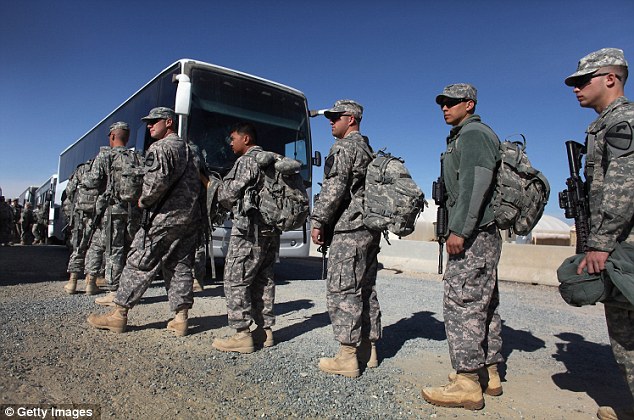 The United States is currently fighting wars in lands that, while distant to us, are not so distant to their inhabitants and US soldiers.

I am tempted to carry on about the “new normal,” or compare the experience of peripheral wars to that of imperial Britain, France, and Russia. But the fact is that US forces have been engaged in some form of conflict–whether directly or indirectly–pretty much continuously since the start of World War II. And that’s a conservative timeline.

Still, the most striking thing of the US wars of the twenty-first century is how incidental they’ve been to most people living in the metropole. David Remnick wrote a fantastic piece about this on the tenth anniversary of September 11. Indeed, during the year I spent in the US government a constant refrain was how everyone needed to be reminded that the US was at war.

I was working in the Department of Defense.