Get Ready to Rumble….. NSA vs. State 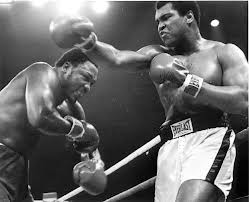 OK, so it’s not exactly Ali vs. Frazier, but NSA and the State Department are not happy with each other. From this morning’s Cable at Foreign Policy, Yochi Dreazen reports:

Secretary of State John Kerry touched off the furor when he said some of the NSA’s overseas surveillance efforts — which also included tapping into tens of millions of calls in France and Spain — had been carried out without the Obama administration’s knowledge or explicit approval. The remarks highlighted what appears to the White House’s emerging strategy for dealing with widespread public fury over the programs: blame it on the NSA. END_OF_DOCUMENT_TOKEN_TO_BE_REPLACED