Quotation of the day 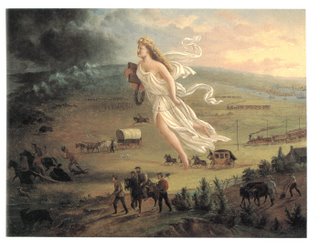 From a Columbus Dispatch article (6/7/2006) on the role of religion in Ohio’s upcoming gubernatorial race:

“I want to know how they feel about it — if they have a strong belief in God,” said Republican poll participant….. “This country was set up to lead the rest of the world. God picked this country.”

I hope he isn’t disappointed if God throws his support behind China. After all, he’s already unpicked Rome, the Franks, the Caliphate, the Mongols, France, Britain, Spain, the Mughal Empire, the Ottomans….