The External Validity of Terrorism Studies on Israel/Palestine 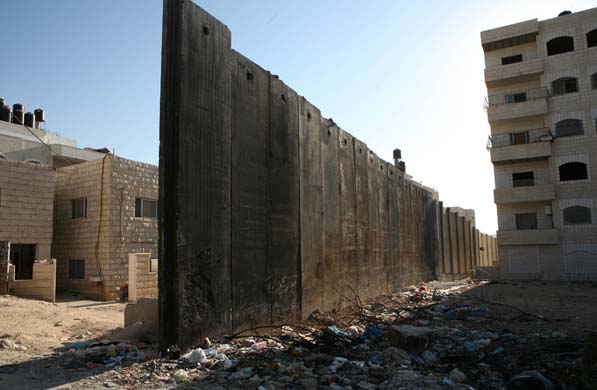 The growing desire to understand both the rationality of suicide terrorism, as well as test theoretical concepts empirically has generated several interesting political economic studies of terrorism. As such, a recent paper in the NBER caught my eye for several reasons. The article, entitled “The Economic Cost of Harboring Terrorism,” adds to this body of work by focusing on an area that has yet to be explored. Very often the question of interest in these studies is, “how do terrorist attacks affect the target economy?” In this paper the authors reverse the question and ponder, “how do terrorist attacks affect the economic conditions of the area from whence the attack came?”

The question is a very good one, and the authors investigate it with a unique data set:

Our analysis overcomes these difficulties by relying on a detailed data set of suicide terror attacks and local economic conditions together with a unique empirical strategy. The available data set covers the universe of suicide Palestinian terrorists during the second Palestinian uprising, combined with quarterly data from the Palestinian Labor Force Survey on districts’ economic and demographic characteristics, and Israeli security measures (curfews and Israeli induced Palestinian fatalities).

…a successful attack causes an immediate increase of 5.3 percent in the unemployment rate of an average Palestinian district (relative to the average unemployment rate), and causes an increase of more than 20 percent in the likelihood that the district’s average wage falls in the quarter following an attack. Finally, a successful attack reduces the number of Palestinians working in Israel by 6.7 percent relative to its mean. Importantly, these economic effects persist for at least two quarters after the attack.

While I think this paper introduces a very important research paradigm, I have a concerns with some of the technical assumptions built into their analysis, and the overarching reliability of research focusing exclusively on terrorism in the Israel/Palestine conflict. With respect to the technical assumptions there is one line in the paper that struck me as very problematic: “Our empirical strategy exploits the inherit randomness in the success or failure of suicide terror attacks as a source of exogenous variation to investigate the effects of terrorism on the perpetrators economic conditions.”

I find it very difficult to accept the notion that success and failure is random across suicide attacks—especially within this particular conflict. There is clearly no support for a theory that selection of suicide attack sites is random; therefore, it follows that the success of an attack would also be a function of both the selected target as well as the learning process occurring by both the attackers and defenders. There is, therefore, an expectation of high autocorrelation across success for attacks happening within a relatively small geographic area. Such difficulties highlight the general problem of external validity for terrorism studies that focus solely on the Israel/Palestine conflict.

It is not surprising that researchers often default to data on terrorist attacks from this conflict. Given the relative openness of Israel’s democratic government, the media attention on Palestine, and the—unfortunate—frequency of attacks there exists are large amount of data from this conflict. As I have mentioned before, however, it is very difficult to infer causality from this data given the natural interconnectedness of the conflict dynamics. As I mentioned, there any large-N study of terrorism in this context has enormous selection problems, as terrorists learn innovate to evade the defensive tactics of the ISF, and the Israelis create new policies that may provoke and dissuade the terrorist activities. There are no other ongoing low-intensity conflicts that have issues at this level, making it difficult to draw parallels between findings from research focusing and Israel and Palestine and another other conflict.

I am curious as to others’ thoughts on this issue of external validity, and welcome your comments.