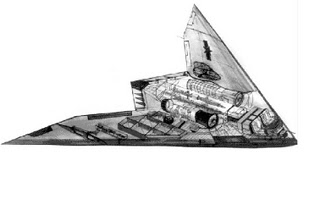 Robert Farley has written a veritably excellent post on the need for liberals (er, “progressives”) to get serious about defense policy.

I only wish to add that it is time for international-relations scholars to re-engage with defense policy and “hard” security questions. We’re going through a revolution in military affairs, a power transition, and two U.S.-led wars, but not that many political scientists work on “guns and bombs” issues.* Moreover, political science produces very few PhDs competent to do so.

Most of security studies deals with issues such as crisis bargaining, alliance choice, and the determinants of war and peace. The bulk of work on conflict processes focuses on ethnic and substate violence. Recent studies of the conduct of war itself have, for unsurprising reasons, generally been about counterinsurgency and have dealt with the mechanisms that link cash assistance to pacification, whether indiscriminate force suppresses or exacerbates insurgencies, and so forth. Even nukes work has tended to focus on either the determinants of proliferation or the broad question of whether proliferation is stabilizing and destabilizing.

These are all critically important concerns, but they are generally divorced from the technical side of military capabilities and the relationship between those capabilities and deterrence, warfighting, and so forth. This impoverishes security studies and, apropos my earlier post, its relevance to defense policy.

*A vast majority of those who do are located at the National Defense University, Naval Postgraduate School, and other assorted military institutions work on “guns and bombs” issues. They produce excellent scholarship, but I think we can agree that it isn’t a good thing for academia that most people working on defense policy work at government-run military colleges and universities.