Usually when I blog about drones and extrajudicial execution, someone leaves a comment to the effect that terror suspects are “legitimate military targets” under the re-envisioned laws of war. The question of whether they are or aren’t is a bit tricky, but since the number of bloggable stories is vastly outweighing the time I have to post at present, I’ve called in my colleague Betcy Jose to explain. – Charli Carpenter 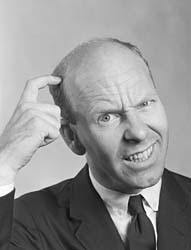 You’re a sniper in the armed forces of your country which is in the midst of a civil war. Among the following choices, who could you permissibly target under international law?

A. A hacker who is disrupting vital communications occurring on your military’s computer network during the slower parts of War Games.

B. A rebel fighter who’s fallen asleep during night watch.

C. Child soldiers in the midst of training exercises in preparation for their first experience in combat.

D. The leader of the opposing armed group who is attending the funeral of the second in command.

What’s your answer? Scratching your head in uncertainty? Well, to be fair, it’s a trick question because the answer is all of the above. Let me try to explain how.

Choice A: International humanitarian law (IHL), the body of law which governs the conduct of armed hostilities, requires belligerents to refrain from intentionally targeting civilians. This is the distinction principle which is part of the civilian immunity norm. However, IHL does allow for the targeting of civilians while they directly participate in hostilities (DPH). DPH is how you’re supposed to distinguish between permissible and impermissible civilian targets. DPH includes using weapons, collecting intelligence, and disrupting/damaging critical computer networks. Once civilians lay down their weapon or stop hacking into military networks, they are no longer targetable. So, you can target the hacker while s/he is trying to hack into your military’s computer system, even if s/he did it out of boredom. But s/he regains immunity once the hacking stops.

The ICRC came up with this concept in response to claims by state actors that relying solely on a DPH method of distinction to determine permissible targets advantaged rebel groups. States argued they could only target rebel fighters when they were engaged in DPH. Why was this problematic? Because since rebel fighters are not members of state armed forces, they are civilians. Thus, they regain their immunity once they drop their weapons, only to return to fight state armed forces another day. So the ICRC, which is charged with developing IHL, came up with CCF in the hopes of addressing these state concerns while maintaining the protections offered by the civilian immunity norm. Here’s how it works:

A member of an organized armed conflict has a CCF if that role entails sustained direct participation in hostilities. This definition essentially addresses the concerns raised by state actors. Individuals who possess a CCF are targetable as long as they hold this role in an organized armed group. That’s why the rebel leader can be targeted while attending a funeral even though s/he may not be engaged in hostilities at the moment. Organized armed groups can be those that are aligned with the state as well as those that act against the state. The category doesn’t require a particular position in the armed conflict, just a degree of organization in order to distinguish it from rebellions or insurgencies which IHL does not cover. 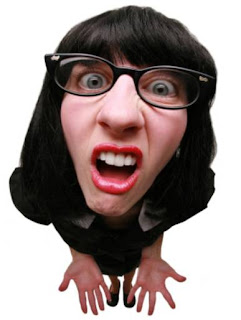 Thus, while DPH and CCF may seem like distinct methods of distinguishing between permissible and impermissible targets during a non-international armed conflict, the two are connected. CCF also maintains civilian immunity by requiring states to be selective in their targeting of the opposition. They can target a person who holds a CCF anytime, but they can only target civilians while they DPH.

This is all well and good. But if you’re still scratching your head, join the club. The utility of this category is hotly debated and the Guidance is not universally endorsed by states. Humanitarian actors are concerned that states can manipulate these rules to further their objectives at the expense of civilian populations. Thus, how well these categories advance their intended aim of protecting civilians who have the misfortune of finding themselves in the heat of battle is a question that’s hard to answer.