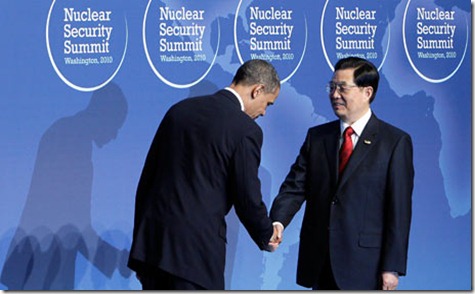 Here are parts one and two, where I argued that there is no constituency in the US for the pivot, and that Asia is so culturally distant from the US, that Americans are unlikely to care enough to sustain the pivot. But we also don’t really need to pivot, nor do we have the money for it:

3. The ME is characterized by so many nondemocracies that the US must be heavily invested (at least to meet current US goals – oil, Israel, counterterrorism). Katzenstein noted this; America has no strong subordinate anchor-state in the region (like Germany in Europe and Japan in Asia). This is why the GOP particularly emphasizes an enduring, semi-imperial presence in the Gulf. Besides tiny Israel, we don’t have the friends necessary for things like the dual containment (Iran and Iraq) of the 90s, and or the Iraq war of the 2000s. So we have to do it all ourselves.

By contrast in Asia, we have lots of allies and semi-friends who are strong and functional – Japan, Australia, Korea, and Taiwan most obviously – with improving relations with India and Vietnam too. Now, if we are smart – or maybe just because we are broke – we can push a lot of the costs of our goals onto them. Specifically, much of the pivot has been assumed to be targeted at China. But why should we encircle, contain, or otherwise provoke China, when the frontline states should be it doing it first? In other words, we don’t have to pivot toward Asia unless China threatens to invade everybody, because places like India, Korea, and Japan will work hard to build and maintain a multipolar equilibrium. They don’t want to be dominated by China, and they will suffer a lot more than we will if China becomes the regional hegemon. So we can hover in the background, offshore, over the horizon, as we always have. Given the strength of liberal democracy in Asia (unlike the ME), there is no need for us to be there in strength.

This is why I don’t think the ‘pivot’ language is helpful, because it’s not necessary. We can do what we have always done – provide an offshore balance that keeps the peace and allows trade so we can all buy cheap crap at Walmart. So we don’t need to do anything new; let’s just keep doing the same. And let’s not get ‘neo-conned’ into believing that Asia can’t manage its own affairs unless ‘bound to lead’ America is front-and-center with its hands in everything managing everyone’s choices. That’s the kind of paranoid pseudo-omipotence that got us mired in the Middle East for the last 20 years. We can pivot if we must, but let’s not do it because of our impatient, ‘we-have-to-run-all-big-issues-in-the-world’ foreign policy establishment. We don’t need a ‘pivot,’ unless that is being used as rhetorical cover to justify escaping from the ME (which is not a bad idea actually, if there’s no other way).

My concern here is the globalist ambition of the US foreign policy establishment, especially the Beltway think-tank set which is so deeply vested in American semi-empire. The pivot smacks of one of those ‘big idea’ schemes from places like CFR or CSIS to push America into the frontline of every problem and hotspot on the planet. As US over-involvement in the ME winds down, let’s not get pushed into yet another round of overbasing, overspending, and overhyped threat assessments (this time focused on China or NK) to keep the post-9/11 military boom rolling along and keep think-tank pundits employed.

4. Finally, I think the Asia pivot will be less than we think, simply because the US can’t afford it anymore. It should be pretty obvious to everyone that the US needs to spend less, and that money which could fund domestic entitlements is going to defense instead. The obvious opportunity cost of buying aircraft carriers to semi-contain China is cutting Medicare, Medicaid, and Social Security. (Defense, plus M/M/SS, comprise around 70% of the US budget now.) The pivot is a classic guns vs butter trade-off. In the 1990s, as we reached the zenith of US dominance over the ME after the Gulf War, we could afford it because the Cold War was over, the US economy boomed in the 90s, and the US budget gap was healing. But in the 2000s, W just borrowed to maintain and expand US dominance. And now, post-Great Recession, American debt is reaching crisis levels. So,  given the size of China, the expense of a pivot-cum-containment would be astronomical. I suppose we could try it; we’d have allied assistance that we didn’t have in the ME for dual containment. But still, China is so big, it is hard to imagine a major US build-up that wouldn’t cost huge sums that just aren’t there anymore. It will become more and more obvious to the median voter in the next 20 years that domestic entitlements are suffering to fund the continuing post-9/11 US military expansion. I don’t think Americans will choose guns over butter (aircraft carriers instead of checks for grandma) if forced, and Ron Paul’s candidacy is proving that even within the GOP, there is an growing constituency for less war, less basing, less military spending. This, plus the Democratic coalition’s general disinterest in the pivot, will handicap any effort to borrow yet further to fund an Asia shift.