Is Feminism Back in Vogue? 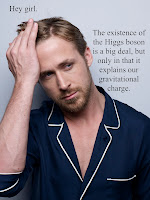 SURVEY: Ladies: Do you like having the option of wearing pants, do you enjoy taking time off after giving birth and do you like that people don’t freak out if you have to breast feed in public, is voting something you’re glad you can do- what about getting a university education, short hair, tampons, female doctors, bras that don’t torture, or working in fields like engineering?

Gentlemen: Is it nice to know that the women you may date will likely have an education, opinions, and that if you choose to get married you’re not going to be expected to be the sole family earner? Do you like not getting belittled for wanting to take on an active parenting role?

Ladies and Gentlemen: Do you like the fact that premarital sex was an option, that birth control meant that your first experience of pre-marital sex didn’t make you a parent? Isn’t it nice that rape (against men and women) within and outside of marriage is a crime? 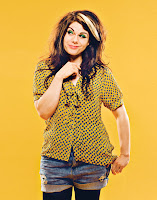 If you answered yes to any of these (of course there are many more non-heteronormative possibilities), you might be a feminist. Gasp!
According to some, feminism died in the early 1980s. You know, when we achieved equality…

Even fashion weirdo public intellectual? Donatella Versace declared that “feminism is dead in the world, it comes from another era.” She should know, she basically replaced her face over the last few years and works for an industry that established a 12 year old boy body as the norm for women. Similarly, a year ago, French blogger Leona Lo announced that French Feminism was dead in light of the apathetic (and even sympathetic) reaction of women to the DSK affair.

But Donatella and French women might just be behind the times- after years (maybe even decades) of feminists having a tough time attracting new recruits, we may be experiencing a feminist renaissance of sorts.

I’m pinpointing the shift to international media frenzy caused by law student Sandra Fluke’s testimony regarding birth control and health care in the US. Women and men rallied behind her message, Rush Limaugh was professionally castrated (temporarily) for his sexist remarks towards Fluke, and an widespread debate under the heading of ‘the war on women‘ ensued.

Meanwhile, there have been several social media trends indicating that feminism is shedding its bra burning, man-hatting, plaid shirt stigmas:

Hopefully feminism will stop being treated like high waisted pants — in one week and out when linked to Jessica Simpson. We all need to remember that we live out feminist politics and we enjoy the fruits of feminist movements’ labor every day- regardless of whether we feel too wimpy to accept the title.