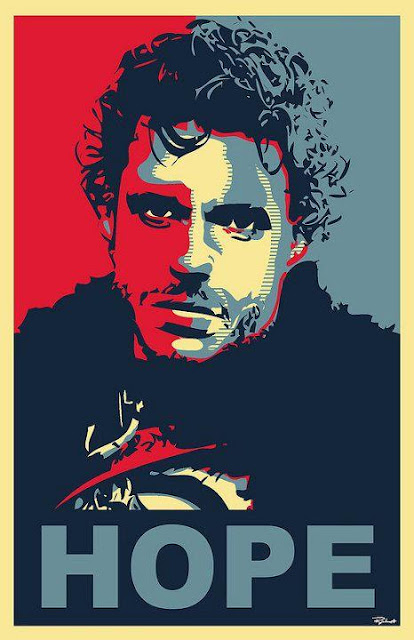 They are here… Westeros re-election campaign posters for your procrastinating pleasure. For some excellent commentary from the campaign trail, I am linking back to Robert Farley and Matthew Duss’ analysis of recent events.

Also, weigh in on Scott Eric Kaufman’s GoT syllabuilding effort here, in which he unconscionably proposes to force hapless undergraduates to read only the Westerosi chapters of the novel, skipping all the Dothraki-based chapters, inaccurately described as the Danaerys chapters. (What?)

Also, via LGM, this extremely entertaining post on visual rhetoric in Act One Scene One.

I think SEK has just summed up not only what works about the Prologue scene of ASOIAF, but also the general cynicism about politics in the US circa 2012. 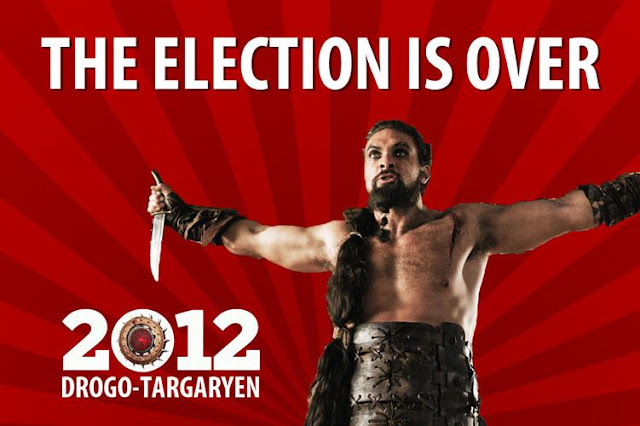