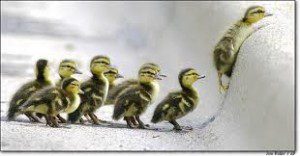 Nominations (and voting registrations) are really starting to come in. I’ve updated the most recent post to reflect yesterday’s additions.