Citing academic literature, NRA calls for proliferation of weapons for children of all ages

“All the fake news that’s fit to print”

I feel the need to mak 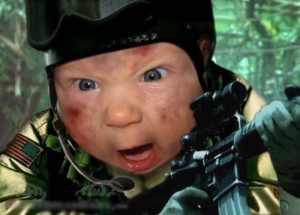 e a disclaimer here. If you think I am trying to get a tasteless laugh out of a tragic situation, you are incorrect. I have made my views about the gun lobby known here. In light of recent NRA proposals to place armed guards in every school in the country, real life is more farcical than this issue of the Canard. The point, it should be clear, is to illluminate the absurdity of the group’s position.

In the wake of the tragic shooting at Sandy Hook Elementary in Newton, Connecticut, the National Rifle Association is advocating a new alternative policy for prevent gun violence – the arming of children of all ages. Wayne LaPierre, spokesperson for the NRA, issued a statement declaring: “Bad guys will think twice about entering a school to hurt kids if they know the kids are packing too. I know America’s youth. They are not going down without a fight. Even kindergartners need to know the price of liberty. This is about the future of American democracy.”

The NRA is citing studies by prominent international relations academics who argue that the proliferation of weapons actually makes all safer. The absence of weapons, it is argued, invites aggression, whereas the presence of weapons serves to deter. They cite the profound peace and stability that currently exists in the Indian subcontinent as an example.

END_OF_DOCUMENT_TOKEN_TO_BE_REPLACED

I should probably be wary of taunting the coming moopocalypse, but, as everyone knows, I laugh in the face of obsolescence. So, without further explanation, here are my top ten reasons for MOOCs:

10. The “sage on a stage” isn’t just dead… she’s undead and in high-definition.
9. Web 1.0 monetized those eyeballs like nobody’s business.
8. When your acronym is homophonous with “mook” what could possibly go wrong?
7. MMOCs would probably be too much fun to count as college-level education.
6. MIT and Harvard won’t rest until they’ve achieved total world domination… and only Stanford can stand in their way!
5. The tree of education needs to be refreshed from time to time with the blood of a few college presidents.
4. Too many parents live with the curse of empty basements.
3. University administrators are running dangerously short of buzzwords.
2. It wouldn’t be higher education without something to have an existential crisis over.

And, for all my colleagues and students out there:

END_OF_DOCUMENT_TOKEN_TO_BE_REPLACED

Magical Thinking in the Sahel

This time last week, international intervention plans in Mali consisted of a rather under-powered African (ECOWAS) force, which was expected to arrive no earlier than September.  This force was not backed by overpowering consensus. Nigeria and Mauritania, the two best-equipped militaries in the region, were reluctant to pledge serious troops. The United States insisted that free and fair presidential elections must precede any international intervention, even after a December coup rendered this unrealistic.  And the Malian government itself seemed an obstacle.  The December coup signaled the resurgence of hardliners within the junta, who claimed that the Malian military – broken and demoralized as it was – could deal with northern insurgents on its own.  Tweets out of Mali (and even statements in the press) took a nationalist turn, and international intervention, even by an African force, began to seem fraught.

END_OF_DOCUMENT_TOKEN_TO_BE_REPLACED

Chris Blattman links to a paper (PDF) that finds no relationship between oil production and violence. He comments:

Regardless what you believe, however, there’s a striking shortage of null results papers published in top journals, even when later papers overturn the results. I’m more and more sickened by the lack of interest in null results. All part of my growing disillusionment with economics and political science publishing (and most of our so-called findings). Sigh…

If we really care about truth-seeking in the social sciences, let alone our own discipline of political science, we would consider null results on significant issues of critical importance. We would certainly consider them more important than the far-too-common paper with a  “positive” result that results from, well, efforts to get to a positive result via “tweaking” (e.g., and, also).

END_OF_DOCUMENT_TOKEN_TO_BE_REPLACED 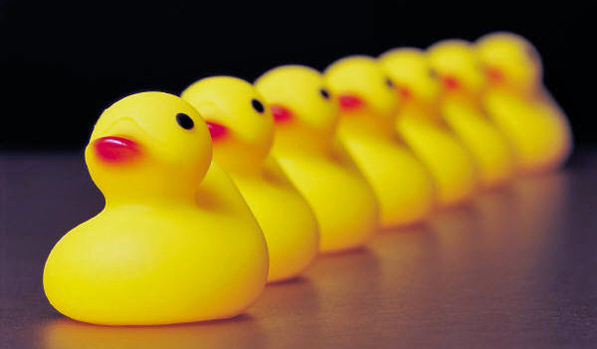 In the spirit of last night’s post, two blogs worth reading: Empirical Legal Studies and The Cultural Cognition Project at Yale. Here’s Carolyn Shapiro at the former talking about two posts by Dan Kahan at the latter.