The Problem with Grand Strategy: Preemptive Cyber War with China 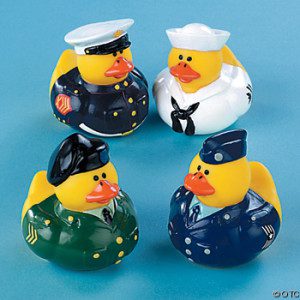 Grand Strategy is an arcane and misapplied concept.  Developing a Grand Strategy to deal with China that focuses on cyber capabilities is a dangerous move that will have large repercussions for the international system.   The National Interest recently hosted a debate about the merits of the Air Sea Battle strategy versus the Offshore Control strategy.  Here, I focus on the newly developed Air Sea Battle strategy since it is likely the more troubling of the two strategies due to its focus on offensive cyber capabilities.

The question I have is why is the United States preparing for a war it has no reason to fight?  The development of the Air Sea Battle strategy (or is it a concept?) signifies just that.  The United States is developing a plan to fight a war with China (and other adversaries) and win, quickly.

They would do this by attacking command and control capabilities and launch facilities early with cyber technologies, limiting the ability of China to harm the U.S. where it is vulnerable in the Pacific.  The key quote in the formal Joint Operational Access Concept is found on page 12 and reads: “cyberspace operations likely will commence well in advance of other operations. In fact, even in the absence of open conflict, operations to gain and maintain cyberspace superiority and space control will be continuous requirements.”

The first question is why tell anyone?  Possibly the idea is that the development of the plan will lead to deterrence.  Yet, deterrence is the about the art of getting someone to not do something they would otherwise do.  In this context it makes little sense since the plan seems to be for the U.S. to attack China, not to prevent China from attacking.  Unpacking that logic of this issue complicated, putting it mildly.

By committing this plan into the public sphere, preparation for cyber conflict becomes almost assured.  In developing a strategy to deal with China that includes the use of cyberpower, United States turns the debate of the potential future use of cyber power to be a definitive affirmative and commits it to a preemptive strategy.  This presses other states to develop the same cyber capabilities in both the offensive and defensive realm.  Cyberspace is then securitized completely, cutting off possible avenues of digital cooperation and advancement between societies.

The debate on developing a Grand Strategy to deal with China is enlightening, mainly for the problems associated with the concept in general.  Grand Strategy is a limited and unrealistic construction when developed prior any real threat or outward conflict.  Grand Strategy is often defined as the total military, social, economic, and political plan to deal with an enemy.  While one could read the Air Sea Battle plan as an operational concept devoid of strategy, it is difficult to do so.   It reads as a specific strategic element of a larger U.S. plan to deal with China.

Long ago, in my dissertation, I developed the hypothesis that a Grand Strategy was only in operation during a rivalry.  Using case studies prior to 1905, I was able to illustrate how developing a specific Grand Strategy, usually operationalized as a military plan, actually led to the development of a rivalry in the first place.  It locked enemies into a fighting posture because these plans became so public (sound familiar?).  Here we have a prime opportunity to reexamine the proposition.   The idea still holds; Grand Strategy is a fundamental part of a rivalry (I would no longer argue its predictive of rivalry).  A state will only develop a Grand Strategy if it has something to fear from an enemy.  That is why I find the development of an early Grand Strategy to deal with China so reprehensible.  The United States and China are not in a rivalry where each side is prepared to fight the other and there are intractable issues on each side.

Of course the United States and China have issues of disagreement, but they mainly relate to economic issues; factors that traditionally have not led to war outside of a few examples.  Their other problems involve third parties such as the Maritime islands disputes between China, Japan, Taiwan, and the Philippines.  These issues are important for the global discourse but they are by no means the types of disputes that immediately lead to war.   As Paul Kennedy notes in a recent op-ed, “If there are neurotic Kaiser Wilhelms or bullying Mussolinis or murderous Stalins around today, they are not — thank heavens — to be found in Beijing, Moscow or New Delhi.”

Evidence so far demonstrates that cyber conflict is an overhyped situation in the international system.  There are far fewer cyber conflicts between states than would be expected given the immediacy of the discussion.  What is even more interesting is that when China attacks the U.S. with cyber capabilities, the U.S. responds positively, offering more cooperation and discussion. The cyber world is not a dangerous minefield, but a managed arena of faints and rushes.

This brings us back to the Air Sea Battle concept; by making preemptive cyber conflict a foundation of the doctrine, the U.S. makes it assured that cyberspace will be militarized.  As of right now, it is an open question not supported by evidence.  Securitizing cyberspace cuts off the arena from the natural cooperative possibilities it was created for and moves it to the domain of the military.  Making it clear that the United States will use the full weight of its cyber capabilities to weaken China before a direct attack only ensures that China will shore up its digital defenses.  Other prudent countries are likely to do the same.  Often to the detriment of collaborate and information sharing.

Russia recently was the joke of the international community when it ordered thousands of typewriters in an effort to keep its secrets away from the digital domain.  By returning to the pre-digital era, Russia makes its defenses more secure but also regress their ability to communicate and collaborate on many initiatives. Surely these sorts of reactions go too far, but who can blame the Russians given the plans the United States are developing?

Despite evidence that we have gone too far to promote the cyber threat, the failure of security industry to justify its overreaction to terrorism, and the failure of the security analysts to notice developing traditional threats like the collapse of Egypt, Syria, and the economic system in 2008, we still focus on these overhyped threats that are manufactured by interested parties. The Air Sea Battle concept is another dangerous step down the same path.  It is a response to a threat that is not a reality by using a tactic (cyber) that should be put to better use.

Valeriano serves as the Donald Bren Chair of Military Innovation at the Marine Corps University.His work also includes serving as a Senior Fellow at the Cato Institute and as Senior Advisor to the Cyberspace Solarium Commission.