International Politics Reviews is a new reviews journal bundled by Palgrave with International Politics. Michael J. Williams of Royal Holloway is the editor, and I’m an associate editor. I recently curated a recent roundtable exchange on Michael Levi’s book The Power Surge: Energy, Opportunity, and the Battle for America’s Future with contributions by me, Jesse Jenkins, Emily Meierding, regular Guest Duck Johannes Urpelainen, and a response from CFR’s Levi himself. Palgrave has granted us ungated access to the reviews (right here), which will be up for several months. I wanted to continue the conversation here on the Duck, and my fellow contributors may also weigh in.

Levi’s Book
The substance of Levi’s book is an assessment of U.S. energy policy, contextualizing the recent shale gas revolution, what it means for the U.S. economy, and how to think about related challenges of climate change and key decisions like the Keystone XL pipeline. Levi wrote this book more like a popular press book than a traditional academic press one. There are vignettes of colorful characters from the fracking world, scientists, and advocates. It’s accessible and engaging, and Levi anchors the book with engagement with core debates related to international energy and environment policy such as whether the shale gas revolution will lead to U.S. energy security and the contributions of fracking to global warming. Levi always is game to pick at the assumptions and calculations of scientific papers, which is a quality I find admirable and thoughtful.

I think all of the reviewers, who come at these issues from a normative preoccupation with climate change, are less persuaded that the “all of the above” energy strategy that Levi endorses will put the U.S. on track to decarbonize the economy in a serious way.  I sense that the fire in the gut that energizes the rest of us on global warming is just one of Levi’s policy priorities in this space alongside shoring up U.S. interests and the economy. 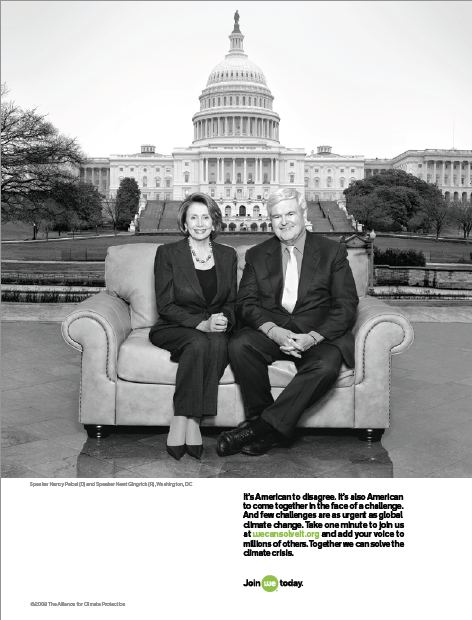 How Might Bipartisan Support for Action on Climate Change Come About?
We may also disagree about strategy and policy. Here, Levi exhibits confidence that books like his might reorient policy discussions in Washington toward a rational bipartisan conversation on energy and the environment. Given the fevered tone of the Republican right on climate change, it was less clear to me that dialogue and reason are enough to change the politics of this issue.

These political questions about strategy are fundamentally academic questions as well. Under what conditions would Republicans embrace more action on climate change? (The same is true for some moderate Dem’s but Republicans have been the major stumbling block). These questions are a little underexplored in the book, and I’m hopeful Levi will weigh in again here.

This is an empirical question, and there are a number of ways one could get at it. Bethany Albertson and I have run some surveys and experiments to see if different frames might be more compelling, testing religious, secular, green jobs, and security frames both  head to head and through experimental design. More recently, we’ve altered the location of climate effects to see if the proximity of effects to one’s home area is more persuasive than international effects.  Another idea is to change the messenger who delivers the pro-climate message. We’ve not reached any decisive conclusions as yet.

Even if some sort of frame or messaging strategy could elicit more Republican mass support for action on climate change, the challenge here is to unpack the causal mechanism that would transmit public opinion in to policy action. Here, a theory of elite responsiveness to public opinion would be important. Elites might also be responsive to framing effects, but in the absence of elite surveys and experiments, we have to look to historic episodes to see how policy historically has changed for these kinds of issues.

From the Micro to the Macro
One answer comes from a somewhat unlikely source. Theda Skocpol, who is best known for her work on social revolutions and political transitions and has more recently gravitated to write about the Tea Party, wrote a report last year blasting moderate environmentalists for failing to build a broad-based coalition to pass climate legislation when they had the chance in 2009. The presumption is that policy changes through broad-based political pressure rather than an intra-elite accommodation, which she says is just not the way American democracy works given the structure of the U.S. system. She writes:

Some years from now – mostly likely after 2016 – another, better-conceived legislative push for carbon capping might be able move forward, especially if it has carefully prepared, strong backing from a broad alliance constructed on the basis of a more realistic grasp of the underlying dynamics of U.S. politics. To build leverage on Congress, and to push back effectively against elite and populist anti-environmental forces, global warming reformers must mobilize broad, popularly rooted support for carbon-capping measures that have something concrete to offer not just to big corporate players, but also to ordinary American citizens and to local and state groups. Another legislative effort based on insider bargains and pay-offs is not likely to be successful – given conservative capacities to mobilize grassroots opposition, plus the level of distrust that most Americans now have about complex insider bargains in Washington DC.

Her 145 page report tries to unpack this argument in detail, and it reminds me of a similar article that Ryan Lizza wrote in the New Yorker. Lizza has a slightly different account that laid blame for the failure of the cap and trade legislation to poor politicking by then Senator John Kerry and the Obama administration, but to Skocpol and Lizza’s arguments, I’m not convinced that the door was really wide open for passage, so it’s unclear to me that the strategy failed. The timing might have just been bad.

From John Kingdon and social movements theory, we can think about “windows of opportunity” and the opportunity structure. In 2009, the door for climate action was closing in the midst of the financial crisis. After the stimulus package was passed, the Obama administration had limited bandwidth to choose a major policy initiative, and Obama chose universal health care, an issue that has languished for the better part of the 20th century. From a climate perspective, climate change should trump health as a potentially planetary existential crisis, but in political terms, doing something on health made more sense.

Back to Levi’s Book
Levi’s book is a sober take on U.S. energy policy, what the recent transformations mean and what they don’t. The book takes on stridency on both sides, but the question remains whether or not that kind of compromise-based approach makes for good political strategy going forward. Earlier this week, I saw that the rich plutocrat environmentalists are trying to take on the Koch brothers juggernaut of climate denialism by funding campaigns to defeat members of Congress who are on the wrong side of the climate issue. Is this the way forward?