Academia, Mental Health, and the Cult of Productivity 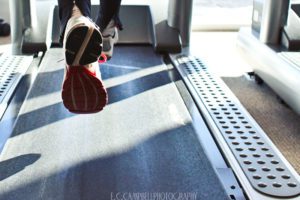 This is a guest post by Amelia Hoover Green, Assistant Professor in the Department of History and Politics at Drexel University.

Will Moore’s death was a tragedy. To state the hopefully obvious: Will’s ferocious productivity makes his death no more or less tragic. Public tributes to Will focus, rightly, on his forthrightness, his heart for justice, his mentorship, his kindness. But productivity—as a value, as a compulsion, or both—shows up too.

In his final post, Will wrote that he enjoyed his avocations, but “[t]o feel good about myself—to be able to look myself in the mirror—I needed to produce.”

Joseph Young’s tribute to his mentor recognized that Will “had a chip on his shoulder” but “remained ridiculously productive throughout his career. He passed on this chip to his students, who are in turn productive across the board.”

Erica Chenoweth, Barbara Walter, and Young list Will’s many contributions to Political Violence at a Glance, noting that Will “did it because he loved the study of political violence, he loved to educate, he loved to produce, and because he was an unbelievably generous soul.” (Emphasis mine.)

Another of the political scientists touched by Will’s life, Emily Ritter, calls for academic environments to be more receptive to those with mental illness, writing: “I… tend to be a ‘high-functioning depressive’, in that I can still be productive, meet deadlines, give lectures, and be outgoing in social environments while being depressed, confused, lonely, and panicky internally. …There’s no gap in my CV. No one would have ever been the wiser about my dark clouds–except that I told them.” (Thank you for telling us!)

Stories about mental illness in the academy often come from people who recover, produce, and/or prevail. In an important 2014 piece on depression in the academy, Amanda Murdie wrote: “A healthy you means that you will produce more…Taking time out to care for yourself will make your work better.” Murdie is a prodigious producer of research whose post began with some context: an invited talk at her graduate school department, a secure job.

Outside political science, my Drexel colleague Lisa Tucker wrote a searing and beautiful essay about her experiences with anxiety in academia — an essay which opened (had to open, I might argue) with the news that she had received tenure. Another law professor, Elyn Saks, has written movingly about working in academia while experiencing psychosis. The blurbs, of course, lead with her work: “Elyn Saks is a success by any measure: she’s an endowed professor at the prestigious University of Southern California Gould School of Law…”

It stands to reason that personal reflections on mental illness and the academy should focus on the positive and productive, and/or should come from those who have an impregnable fortress of a CV to speak from. As Saks has written, “I did not make my illness public until relatively late in my life. And that’s because the stigma against mental illness is so powerful that I didn’t feel safe with people knowing.” Saks is now, finally, safe to discuss her schizophrenia publicly — because it’s clear that schizophrenia hasn’t affected the all-important productivity.

These types of discussions and disclosures happen in a particular context. The academy has become a place of scarcity (some actual, some perceived). We see competition lurking in the shadows, ready to overtake us if we give less than everything. Candidates for tenure-stream jobs know, as Cullen Hendrix points out, that only a few applicants, of hundreds, will receive interviews for a given tenure-stream job. The strategic response is to churn out work the maximum amount of work in the minimum amount of time, to claw one’s way to the top of that giant heap. Those fortunate enough to land in tenure-stream jobs often face unclear, shifting tenure requirements. These dynamics mean that the goalposts for productivity (read narrowly as research productivity, of course) are perpetually moving. Willingness to be satisfied with less-than-stardom, or non-optimal productivity, or however we put it, can be dangerous to our careers.

Of course, for many of us with mental illness (as well as many of us whose lives are complicated in a host of other ways—autism or ADHD, parenthood, gender transition, eldercare, physical illnesses or disabilities—you name it), the relentless pursuit of productivity is dangerous not only to our careers but to our actual, and sometimes literal, lives. Speaking for myself, I was only able to live a decent, sustainable, and ultimately happy life when I devoted my personal resources as much to managing my internal life as to work productivity.

I don’t apologize for wanting to be happy, or for the decisions I’ve made about how to get there. I left Yale as soon as I finished coursework, because despite some terrific advising, the environment at the university made it almost impossible to do eating disorder recovery. I asked that advisors give me feedback in specific, sometimes limited, ways so that I could avoid anxiety spirals. I abandoned my initial dissertation research plan because extended field work made it extremely hard to manage my health. I let my book project sit for three full years after starting my job, because looking at it made me panic. (I also had plenty of other work to do.) There are workshops and conferences I don’t attend any more because doing so made me feel like literal trash. I have written a lot of blog posts and worked on some human rights trials pre-tenure, to the detriment of my peer-reviewed work, because I need to feel that my work is closely connected to people and to justice. I do a fair amount of political work—less than I’d like—for the same reasons. I sing in a choir because I need that particular hit of sensory-emotional experience as if it were oxygen. These are all decisions that I’m proud of despite productivity trade-offs, not because they ultimately made me more productive.

None of that is to say that I am unproductive. That’s not the same thing. Insecurities aside, I am good at my job, occasionally great. Nor am I in a precarious or particularly marginalized position. I can write this essay because I am no longer slogging my way into the tenure stream. Thanks to “pedigree” (ugh), smarts, hard work, and luck, I have a job in a friendly department where tenure requirements are clearly spelled out. I am well on my way to meeting them. At the same time, I have no illusions about what my prospects would be in an environment where I was competing to be the best (of what, exactly?!), rather than striving to meet a known goal. My success depends on the continued definability of the concept “enough.”

Moving goalposts turn productivity into a fetish. Some effects of the productivity fetish are good. Many are not. The people who do best in this incentive system are those who are willing and able to opt out of domestic, emotional, reproductive, social justice, and a host of other forms of labor for considerable periods of time, and who are — relatedly — willing and able to avoid bringing their internal lives to the professional table. (For what it’s worth, I know that my preference for transparency and vulnerability about mental health depends partly on my identity as a white woman — somebody for whom it’s culturally recognizable, if not exactly acceptable, to have feelings in public. See Christian Davenport’s recent post for a reminder of the implicit dangers of disclosure for people, perhaps particularly men, of color.)

As we mourn Will’s death, and as we continue our discussions about mental health in the academy, I hope we can begin to make room for [more] people who don’t want to give their lives to their jobs, people whose struggles aren’t necessarily tempered by rock-solid publication records, people who don’t prioritize productivity in the ways that we’ve come to expect, and those who are unable to be public about their difficulties. Disability “accommodation” is only a small part of this. It is, more fundamentally, about access to the academy in general. I want us to understand the tragedy of dying from depression (a label Will might or might not have accepted) as completely divorced from productivity loss. I want the work we do to live inside reasonable boundaries, and still to be enough. That is, I want “enough” to continue to be A Thing. Like most of us, I recognize that our system is broken, but I’m not sure how to move toward a solution in today’s more open, yet more precarious and corporatizing, academic environment.