Bilateral Climate Cooperation between China and the United States: What Should We Expect?

One of this weeks big news items in international relations was the progress that China and the United States had made in their bilateral climate talks (gated but free registration available). While it is too early to say if the talks result in concrete action, this is the first time since forever that the two largest emitters are recognizing their common interest in  cooperating to mitigate climate change.

What should we expect? It would be naive to believe that these talks break the gridlock of global climate negotiations. Regardless of what China and the United States discuss in the talks, the grim reality of American politics is that any legally binding climate treaty would have a tough time in the Senate. The domestic political structure of the United States makes federal climate policy, let alone treaty ratification, very hard in today’s polarized environment. Even if China accepted binding emissions targets — and that’s a big if — I would not expect Republicans to vote for, say, a national cap-and-trade policy. After all, Republicans are currently accusing the Obama administration for waging a “war on coal”.

More modest achievements are possible. Cooperation on low-carbon initiatives and renewable energy could contribute to decarbonization, facilitate technology transfer, and send a signal to the clean technology industry that there are new opportunities in the horizon. Even modest steps to this direction could encourage other countries to increase their offers in different negotiations, such as those among major emitters. While Obama’s hands are tied as long as the Congress remains polarized on climate, he has a proven track record of acting on climate through executive authority. The Chinese political constraints are less transparent, and I am not a specialist in this field, but Beijing certainly has strong incentives to deploy clean technologies to mitigate air pollution and reduce the country’s energy intensity and dependence on coal.

As long as we accept the constraints on global climate cooperation and expect only modest gains at the international level until a fundamental shift in the domestic politics of fossil fuels, the bilateral climate talks between China and the United States are welcome news. They’re not that surprising either. China’s increasing carbon dioxide emissions are changing Beijing’s position in the negotiations. While the average standard of living in China is still much lower than in industrialized countries, China’s status as the world’s largest emitter makes it difficult for the Chinese leadership to hide behind the developing country status much longer. On a good day, I would say that China’s increased willingness to negotiate is a sign of recognizing the need to for a new, more proactive strategy. The world’s two largest emitters are the most important countries in the negotiations by a wide margin, and much depends on their ability to cooperate.

*The following post is written by Ryan Maness and myself.

Events are in motion that many thought were past us, part of a bygone era where conventional war still had a prominent place in deciding the course of nations.  Having done a great amount of work on Russia’s strategic behavior and use of power (we have a book on the topic under review), we were a bit caught off guard too.  Not by the course of events, but that our vision was focused on cyber conflict and thus were distracted from the real world developments. 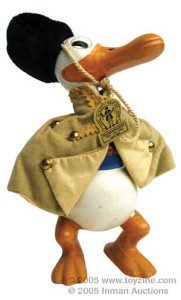 The events in Ukraine fit a recent pattern of Russia’s coercive diplomacy directed toward the states of its former Soviet empire, more commonly known by Russians as the Near Abroad. Since the Soviet fall in 1991, Russia has been going through an identity crisis. Always regarded as a major power, it found itself weak after the end of the Soviet era, unable to even quell violence in Chechnya. It lost nearly half of its territory and population as the Soviet Union broke up into 15 independent states. Since then, Russia has been attempting to regain its status as a world power, or at least a regional power. Under the leadership of Vladimir Putin, Russia has used power politics strategies, mainly in post-Soviet space, to carve out its place and dominate a specific sphere of influence.

END_OF_DOCUMENT_TOKEN_TO_BE_REPLACED

International Politics Reviews is a new reviews journal bundled by Palgrave with International Politics. Michael J. Williams of Royal Holloway is the editor, and I’m an associate editor. I recently curated a recent roundtable exchange on Michael Levi’s book The Power Surge: Energy, Opportunity, and the Battle for America’s Future with contributions by me, Jesse Jenkins, Emily Meierding, regular Guest Duck Johannes Urpelainen, and a response from CFR’s Levi himself. Palgrave has granted us ungated access to the reviews (right here), which will be up for several months. I wanted to continue the conversation here on the Duck, and my fellow contributors may also weigh in. END_OF_DOCUMENT_TOKEN_TO_BE_REPLACED

Super is as super does

Russia tends to pale in comparison to these other concerns [unrest in the Middle East, the rise of China, climate change, etc.], and the tendency will be to pay it little heed. That would be a mistake. The less attention we pay to Russia, the more incentive we give Vladimir Putin and his successors to demonstrate that they are a power to be reckoned with and to act in ways that will be increasingly problematic. Already we see Russia staking out claims to the Arctic and its riches; manipulating its oil and gas supplies for political purposes; supporting separatist movements in neighboring states or what it calls the “near abroad”; and selling arms to rogue regimes like Iran and Syria. (The Russians are in the process of upgrading significantly Iran’s air defense and have also been providing Syria large numbers advanced anti-air and anti-tank missiles; when the Syrians turned over some of these weapons to Hezbollah, the Russians looked the other way.)

To understand Russia’s behavior and develop the right strategies for dealing with it, we need to appreciate the impact that lost status has had on the Russian psyche and the imperative it has created to restore the country’s standing as a world power. Few non-Russians mourned the passing of the Soviet Union, but within the country, there is deep resentment of the United States for winning the cold war. Putin has called the collapse of the USSR one of the greatest geopolitical “tragedies of the twentieth century.”

Today, the perception in Russia is not only that the United States sought to exploit Russian weakness but also to keep it weak. Expanding NATO into Eastern Europe might have been one thing but to extend it to include the Baltic states was something else. And President Bush’s decision to abrogate the Anti-Ballistic Missile Treaty at the beginning of his administration was one final crushing blow. Here was a pillar that had established the Russians as the strategic equal of the United States, and we dismissed it–and the Russians were powerless to do anything about it.

But I’m disappointed at the easy reliance on the caricature of Russia as an “energy super-power”. This notion that Russia is an “energy superpower” really needs to be unpacked–it’s a facile and deceptive formulation that plays into fear-mongering about a resurgent Russia. We’ve seen Russia attempt to wield its energy reserves as a political tool against its neighbors in the near-abroad–usually in the form of convenient unscheduled maintenance or a sudden shortage of coal cars or the like. But how effectively can Russia use this power elsewhere? Pipelines are funny things–they only go to where they are built. Most of Russia’s energy exports travel through pipelines–the seller is locked into a limited set of buyers. And western Europeans may be better positioned to diversify their energy imports than Russia is to diversify its customer base (former Soviet bloc countries, though, are much more over the barrel, so to speak). Russia needs its energy buyers as much, if not more, than the western Europeans need the energy. The energy sector represents about 20 percent of Russia’s GDP, while energy products make up over 60 percent of exports. If it weren’t for the constant influx of oil and gas revenue, the federal budget would be in deficit. Russia needs to sell oil and gas. If the EU members can ever act in concert on this issue, they could have the upper hand (yes, I know that’s a big “if”).

I’m not saying that this should make us feel all warm and fuzzy about Russia’s intentions–rather, we should recall that at some base level, this is a bluff that they can’t afford to have called. But loudly and publicly trying to prick the bubble of Russia’s perceived power probably isn’t the ideal strategy either [see above: resentment, festering]. Instead, we should avoid falling for the panicky hype and treat Russia as a important world player rather than the afterthought of a past era’s failure. Constructive engagement reduces the incentive to act out–from the perspectives of both domestic and international posturing.