In the aftermath of a long war, a new degree of suspicion ensues between two powerful countries that were nominally on the same side…one rattles its sabre, threatening small countries on its borders…the other shores up relations with the very same countries… a tit-for-tat arms race begins, waged with the advantages of recent technological advances…espionage takes the form of a new battleground as the stakes move progressively higher…for the most part the top leaders of each continue to say nice things about each other in public, but a new undertone of tension has become apparent…privately each frets about the other’s intentions, how far will they go?

If this frame fitted the spring of 1947, should we be getting concerned that increasingly we have a current goodness of fit? Mutual suspicions between the U.S. and China have risen to new heights based on the razor’s edge tension between Japan and China and the latter’s major espionage effort, probing among other things the American energy and infrastructure grid that is largely—and worryingly—in the hands of private companies whose defenses against Chinese hacking are too low. The newly installed President Xi has taken a mildly more strident tone compared to his predecessors, but this is less concerning compared to the rhetoric of the newly installed generals atop the Chinese armed forces. The rhetoric and world view of this younger and more bellicose cadre has the hair of analysts in the U.S. intelligence community beginning to stand up on the back of their necks. And although the U.S. has actually re-pivoted to the Middle East and North Africa (MENA) due to Mali/Syria/Iran/Arab Spring, the pivot that has captivated elites around the world is the supposed U.S. pivot toward Asia (i.e. China). As such, the nascent Chinese leadership has become convinced the U.S. has an active policy of containment towards it. 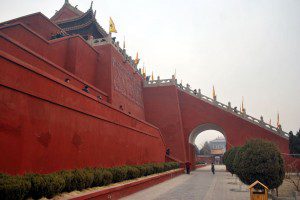 Therefore increasingly the question seems to be which way will U.S.-Chinese relations tilt? I would venture to say no one really knows. In the past several years an array of commentators over-predicted China’s rise, as many a tree was felled in the process of predicting first a war with Taiwan and then a military challenge to the U.S. The Economist raised major hackles in Washington when first it decided to devote a single section to China and, second, published a chart of ten or so economic categories tracking the year in each when China will be #1 in the world. More recently assessments of China’s actual capabilities have become more sober, as it is difficult to say where things will actually be in 5 let alone 10 years. I concur with my old professor Kenneth Lieberthal, who believes the entire gamut is possible a decade hence…but the decisions made by both sides in the next 2 to 3 years will crucially determine where this relationship is headed. If this view is correct, the implication is clear: the U.S. needs to be acutely agile at this juncture. There could already be a danger of a self-fulfilling prophesy at work, as the makings of a prisoner’s dilemma and a follow on security dilemma may well be nigh. Have American leaders and the public at large missed the Cold War with the former Soviet Union a little too much?