I performed a similar operation to Scatterplot, e.g., estimated the results of the current poll by assuming equal weighting for both the 2013 and 2009 poll results (explanation). For the Departments that moved from ranked to unranked in the 2013 rankings I assumed a 1.9–as it looks like 2.0 might be the cutoff for ranking schools.

I forgot to include the actual rankings, though, so my spreadsheet (direct download) only includes scores. If someone wants to do a better job, feel free to start with the spreadsheet I created. Or just make your own.

Below the fold is a screen capture of some of the top scorers sorted by estimated 2013-only  results. Remember that these are simply reputation-based rankings. 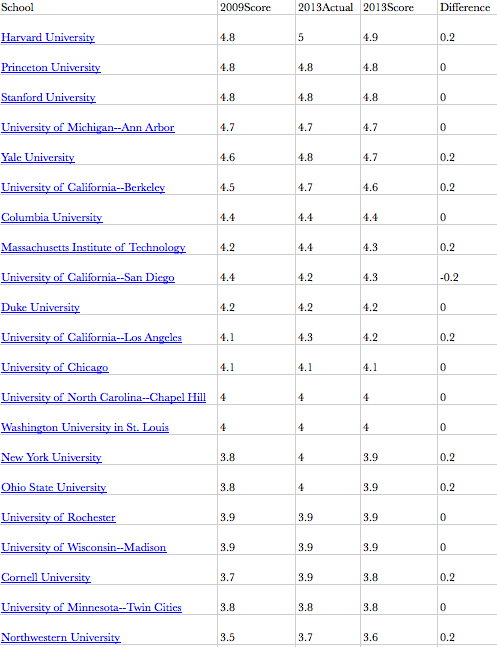