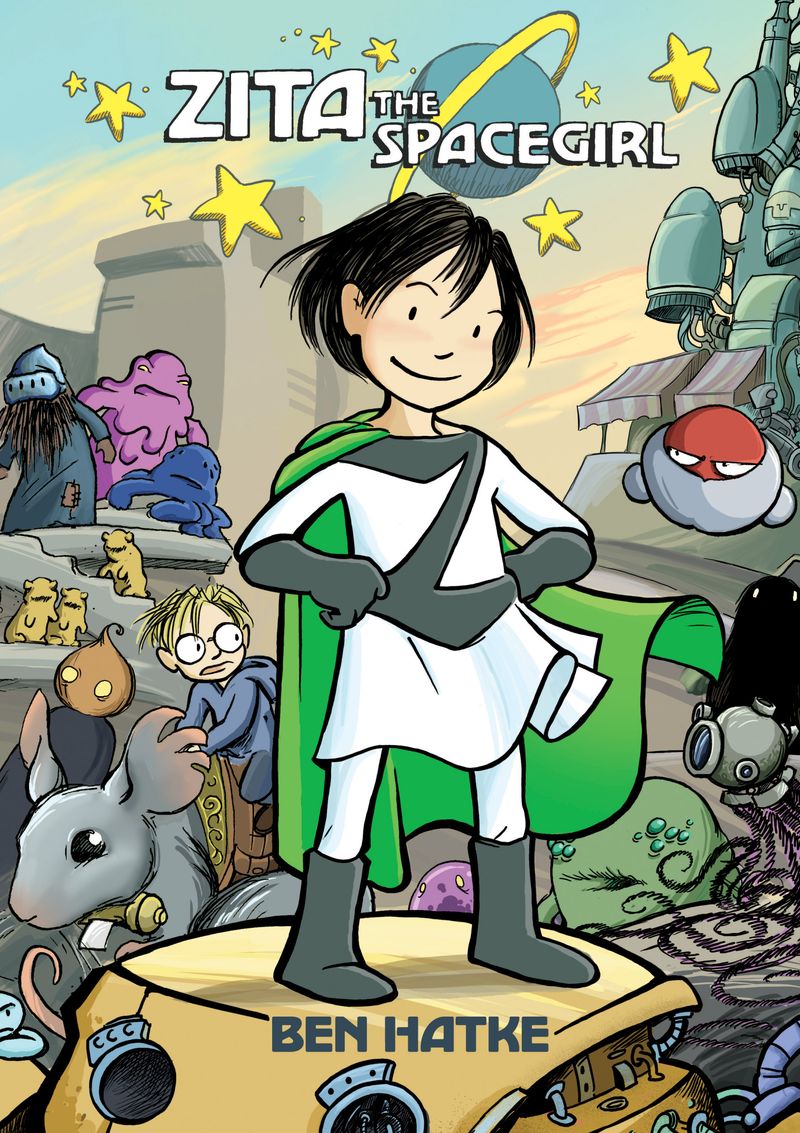 In addition to phasing out of the Duck of Minerva, I’ve also been slowing down my activities at New Books in Science Fiction and Fantasy. The channel has a new host, Michael Zummo, who has taken over most responsibilities. Still, I’m not entirely done. I have a new interview up with Ben Hatke. Hatke is the author and illustrator of the very successful all-ages graphic novels, Zita the Spacegirl and Legends of Zita the Spacegirl.

There’s a story behind the interview. Once every few weeks I take my daughter to Big Planet Comics. One afternoon we made an impulsive trip there only to be greeted by an employee. Lyra sidestepped him and made a beeline for the kids’ section. I noted that there was another girl sprawled on the floor reading comics, which isn’t a very common sight.

“Are you here for the signing?” the employee asked.

“We didn’t know about it. Hey Lyra! The guy who write Zita the Spacegirl is here.”

Ben was sitting at a long table drawing with a girl of about Lyra’s age. It took Lyra a few minutes to work up enough courage to approach him. But she did. As it turned out, he was there with two of his daughters. We spent the next few hours at the store while Lyra played and drew with the Hatke girls. Eventually, I asked Ben if he would be willing to record a podcast. Zita sells extremely well and NBinSFF doesn’t have a lot of listeners, but he was game.

At least from my perspective, this was a really fun interview. I strongly encourage you to give it a listen. Ben talks a bit about the creative process, what makes graphic novels different from–and similar to–other media, and how he stages his images to communicate dramatic and thematic information.