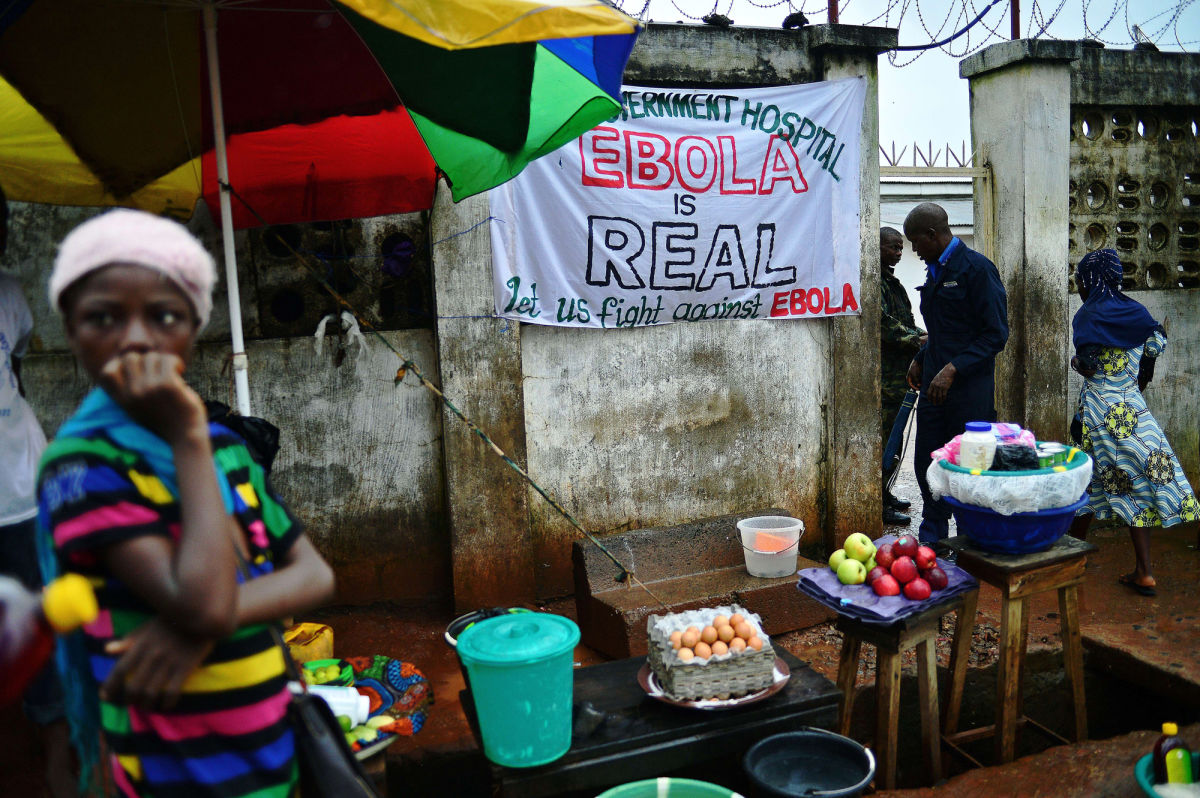 This is a guest post by Dehunge Shiaka, Researcher and gender expert in Freetown Sierra Leone

This is the second post in a series by Shiaka, which is meant to provide an insider’s perspective on living in Sierra Leone during the Ebola crisis. The first one can be accessed here. To access our linkages posts on Ebola click here or here.

Hassan is a 35-year old youth volunteer working with the Sierra Leone Red Cross. In the thick of the Ebola Virus Disease (EVD) outbreak in Kenema, he led one of the burial teams in that town. Each day he as he came home to meet his family after work, Hassan went straight to the back of the house to change his clothes and shoe before using the bathroom. He also ensured a period of ‘social distancing’ among his own family members and between his family and neighbors, as is now the recommended norm within the Kenema township. That was some three months ago. Today, the infection rates in the districts of Kenema and Kailahun (where the first case was reported) seem to be dropping. In general, the trend shows that the rate of infection in those two districts as well as in the districts of Bonthe, Koinadugu, Kambia, Moyamba, Pujehun, Kono, Tonkolili and Bo are no longer spiraling.

While the international community fumbled at international conferences and deliberated as to how best to rescue Sierra Leoneans, we here in Sierra Leone have been developing innovative- and effective- mechanisms of survival. Now, as the international community finally wakes up to the magnitude of Ebola and begins arriving in greater numbers, they should pay attention, and plug into these community networks and structures. Doing so could provide the game changer for containing the spread of the disease in the country. According to Hassan, community mobilization has been a key element in slowing the destructive spread of EVD. In particular, youth groups have worked not only to spread awareness about the virus, but also to act as monitors, contact tracers and enforcers of bylaws throughout communities. These small-scale efforts have had big pay offs when it comes to reducing infection rates and saving lives.

This same type of community action should work in the other four districts that are now classified as the virus epicenters. Last week, President Koroma visited Bombali and Port Loko districts—two of the worse hit areas outside of the Western Area, including Freetown. He called on the chiefs to help in re-channeling youth energies towards containing EVD, by enacting and enforcing appropriate bylaws in their respective communities. In fact, the National Ebola Response Centre (NERC) recently set up by the President plans to work with the Inter-Religious Council as an entry point to reach out to key stakeholders in every community across the country. These stakeholders include the chiefs, traditional healers, soweis (or initiators), youth leaders, women’s groups, civil society organizations, labour activists, Imams and Pastors.

Indeed the international community is waking up to its responsibility. It is reported that an additional 80 Million Pounds from UK will be used to increase burial teams and create about 200 community treatment centres across the country. In fact, the long awaited British hospital ship has arrived to support about 700 British service men and women engaged in the fight against Ebola. They will soon complete a new hospital and a testing lab at Kerry Town, on the outskirts of Freetown, to complement other treatment centres including the one at Hastings operated entirely by Sierra Leoneans. There are also testing labs in other parts of the country operated by the Chinese, South Africans, MSF and Red Cross. Then aside from Ebola vaccines and medicines being developed by a number of countries, we hear the Tulane University in the US has developed a 15 minute one-drop blood test for Ebola now awaiting approval. These efforts should compliment the strategies, networks, and solutions that have been developed in West Africa over the last months. Collaboration between Sierra Leoneans and the international community is the key to Ebola burning itself out in Sierra Leone.