Tweets of the Week #2

Welcome to the second edition of “Tweets of the Week.” It was a busy seven days for news and my twitter feed provided much useful information — in micro-form.

The Scottish independence referendum featured especially prominently in my feed. This was perhaps my favorite tweet about the final result:

Prior to the vote, my feed was filled with some great tweets about the #indyref. Here are a few of the shorter ones that I found especially helpful:

The #indyref is not 'too close to call'. Pollsters have called it. They might be wrong, but they've called it for No.

The Scottish referendum, of course, was not the only interesting issue in global politics this week. And, over the long haul, it almost assuredly wasn’t the most important either.

For example, the continuing spread of Ebola might be the biggest near-term threat to international security — depending upon how we define “security.”

No matter how depressed you might be about the prospect of new war in the Middle East, this tweet helps provide context:

But read this too, on ISIS/ISIL:

"may be a significant emotional component" RT @Klarevas: How big a threat is the Islamic State? via @washingtonpost https://t.co/eyARXQ00iq

It also seems appropriate to be worried about Ukraine:

What a difference a month of Russian intervention in Eastern Ukraine makes. #Ukraine #ATO pic.twitter.com/tBA5eJoD0X

Finally, here’s a blast from the past that might be quite helpful in a class that is discussing renewed war in Iraq:

Um, wow RT @YousefMunayyer: Cheney on Iraq in 1994, this never gets old but is especially informative today https://t.co/dLtTNWJjgC

This article is cross posted from the Scottish Global Forum.  In this form it is slightly modified and hyperlinked.

The Nature of Threats to Scotland

In March of 2015, a cry goes out in the town centre, everyone reacts quickly.  Valuables are hidden underground; women and children are stored in hideaways to be kept safe until the danger is over.  The sacred and expensive items in the church are removed and the priests flee – they are often the first targeted.  The town moves to the defenses, but there is little that they can do to counter the oncoming scourge.  The Vikings are off the coast of Scotland, again. 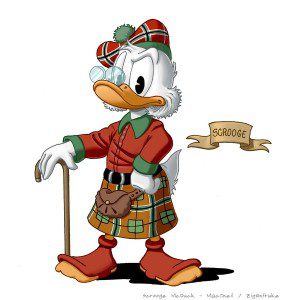 The scenario described above is obviously an absurd fiction; however, there is little disconnect between this scenario and the context of the current debate surrounding the security of an independent Scotland.  I have followed the debate on Scottish independence with great interest and have done so through the eyes of a ‘new immigrant’ to Scotland, one who studies war and conflict as a profession.  One of the most troubling aspects of this debate is the continued reference to ‘external threat’ to Scotland.  The narrative is framed in a way which suggests that Scotland cannot become independent because it cannot afford to secure its own international environment and borders.  It is almost if the Vikings remain a rational fear in 2013.