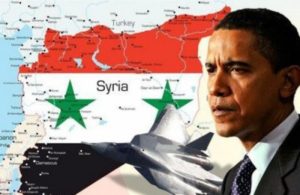 With the bombing of the UN aid convoy in Syria and fresh attacks on Aleppo after the Assad regime declared the ceasefire over, American and UN officials are in need of a Plan B. Now that trust between the U.S. and Russia is at a new low after Russia allegedly carried out the convoy attack, the situation on the ground Thas gotten even more grim. With the U.S.-Russian ceasefire accord in tatters, the time has come to put a Safe Zone in place for refugees.

In fact, a de facto safe zone is already in place in northern Syria. The Turkish military’s recent thrust over the shared border has begun to allow Syrian refugees to cross back over into Jarabulus. For weeks Turkey has been advocating that the U.S. and western allies work with it to install a formal Safe Zone. With no other realistic options remaining, this novel development has the potential to be a game changer.

The only viable option is to install a Safe Zone in northern Syria stretching north from Aleppo to the Turkish border and east to just west of Kobani.  The viability of the zone rests on Turkey’s ability to lead the effort and militarily guard the zone on the ground, and the fact that the Syrian regime does not at present fly in this area. The security and humanitarian reasons are compelling, from turning around refugee flight to establishing a sizable zone of stability and allowing the focus to be on eradicating ISIS with Turkey fully engaged. END_OF_DOCUMENT_TOKEN_TO_BE_REPLACED

In response to the November 13, 2015 terrorist attacks in Paris that killed 129 people President Obama stated:

President Obama’s statement was a resounding call for universal compassion; the emphasis on “all of humanity” and “universal values” recalls the language of humanitarianism, enshrined in the foundational documents of the United Nations (UN) including the Universal Declaration of Human Rights and its related covenants. In the aftermath of the attacks, humanitarian values have been threatened by political posturing by the extreme right Front National party in France and by Republican (and one Democrat) governors and presidential hopefuls in the United States who are calling for either a suspension of Syrian refugee resettlement programs in the United States or limiting resettlement to only Christian refugees. Yesterday, France’s president François Hollande defied extreme right opposition and announced a commitment to accepting 30,000 Syrian refugees over the next two years.

The xenophobic and racist policies being advocated by US Republican governors and presidential candidates are an alarming affront to humanitarianism, threaten core humanitarian principles of humanity and impartiality and presage a backsliding of humanitarian policy to an unenlightened era. END_OF_DOCUMENT_TOKEN_TO_BE_REPLACED