The Pop 5: feminism at a pop culture glance 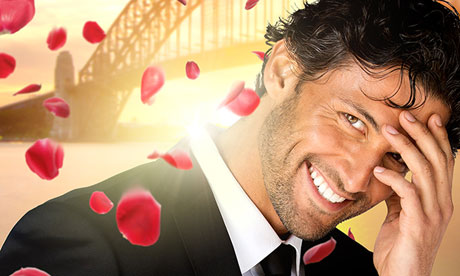 The Pop 5 is a new ‘test’ series of posts touching on events in pop culture and linking them back (briefly, hopefully, and sometimes loosely) to IR and politics. The posts are meant to be LIGHT, but also to take seriously the influence of popular culture on how we understand the world. It is, after all, one of the dominant lenses through which our students frame IR. I’m a self diagnosed pop culture addict with a list of shameful (and juicy) fixes (one of my most shameful pop culture habits will be revealed later in the post).
The focus today is on five recent pop culture events and what they might/might not tell us about the state of feminism.
Here’s the list of some of the most popular/talked about pop culture recent events related to feminism (let’s hope it was just a bad sample). More about each after the tab.

1. Melissa Harris Perry and bell hooks were hosted by the New School for a conversation on Black Female Voices. Disclaimer: this item doesn’t deserve to be with the rest of the gutter list, but MHP is very much a pop culture figure and the event and the video post has fascinated a wide audience. The hour and a half discussion includes debate on popular movies (including The Help and Django), as well as more serious reflections on the state of black feminism, bell hook’s legacy, and the need for activism and emotional well being. It was inspiring and pushes listeners to consider how black feminism can help us to understand everything from Trevon Martin, to the global financial crisis, to Micheal Obama- it was also a good reminder to reread hooks’ work (how long has it been since you’ve read Feminist Theory: From Margin to Center?).

2. Miley Cyrus. From a high-high to a low-low (this is pop culture, after all). Miley Cyrus has been in and out of the headlines for months: twerking, offending Sinead O’Connor, smoking a joint on TV (even Robbie Williams thinks she is headed for rehab), and now, for labeling herself as “one of the biggest feminists in the world.” For decades pop stars have made news either by their rejection of feminism or by self-identifying as one…but does it mean anything for the way we talk about feminism more generally? Those who share a simplistic view of feminism/those who aren’t interested in engaging beyond the rhetoric of feminism seem to have two disparate caricatures of ‘the feminist’: the go-getter career woman (sometimes a bitch) a la Margaret Thatcher or Oprah Winfrey (who both rejected the label); or, the sexually liberated woman who links feminism to her sexuality and independent choices a la Miley. What do/should feminists make of her declaration?

3. Miss Universe. Ugh. Maybe the Mayans were right- the world did not move forward. The pageant reaches new sexist levels each year. Last year a Canadian woman was disqualified from Miss Universe Canada because it was determined that she was born as a man. A couple of years before that, the crowned Miss Universe (Miss Venezuela) declared feminism ‘dead.’ And yet this year we go through it all again- and have another Miss Venezuela/Universe

4. Kanye West. Ok, this isn’t directly feminist-relevant. However, the debate about whether Kanye is the worst celebrity dad ever, or some kind of super-dad (because he shows an interest in being in the same geographical location as his child) is infuriating (never mind the whole Kardashian shame-fest itself and the impact it has on young women). I just lost brain cells finding those links for you.

5. Short hair. It just gets worse. I’m not even linking to this, but Anne Hathaway, Jennifer Lawrence, and Pamela Anderson are among the women who have – gasp – cut off their terrible Jessica Simpson Hair. Scandal/debate has ensued. How has short hair become such a radical decision? The problem is the other 98% of celebrities that look like they are from the cast of Housewives of Atlanta, not the women who cut their hair.

BONUS: Bachelor Australia. Oh god, now we have hit the bottom (and you know something truly shameful about me). One of America’s most embarrassing exports is a TV show in which 25 women compete for roses and a marriage proposal from some strange dude. It is AWFUL…I can’t stop watching the Oz version. To justify it, I tell myself that I’m learning about Australian expressions of patriarchy, accents (Aussie-valley-girl is hilarious), geography (from the hometown visits), and slang (pash, bluey, booze-bus, coldie, esky- how did I survive here without that knowledge??). We all have our vices…

Does any of this matter to feminists/for feminism? What do you think?